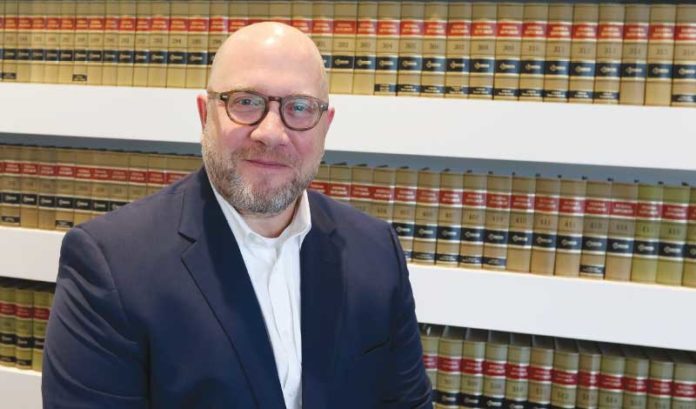 The idea certainly comes out of the aftermath of the killing of George Floyd by a police officer. And it certainly comes at a perfect time, when New Jerseyans are again getting the chance to have personal encounters — and build personal relationships.

But, if the efforts of the Newark Police Foundation to find — and fund — initiatives that will help build trust and a better relationship between the police and the youth of Newark are going to be successful, there needs to be an understanding that this is not a one-time, reactionary event.

This needs to be the new normal.

That’s the goal of former Attorney General Chris Porrino, who will join with an all-star group of law enforcement officials Thursday afternoon in Newark for a free community barbeque that will be used to announce Newark’s “Cops and Kids Community Policing Contest.”

Here’s how the program will work:

The hope, Porrino said, is that the initiative will improve the relationships between law enforcement and Newark residents.

“This is a nuts-and-bolts approach to building trust from the ground up,” Porrino said. “It’s about reaching kids before they get to the point where they have serious mistrust of law enforcement. And the way you build trust is by engaging with each other, getting to know one another and learning to trust one another.”

To be clear, the relationship between law enforcement and the residents of Newark is not poor. That was evident last summer, when the city held many peaceful protests in the wake of Floyd’s murder, avoiding the mayhem that was evident in so many other cities.

That being said, all sides agree the relationship isn’t perfect, either. There always is need for improvement. And there always is a next generation that needs to see cops and kids working together to create a better environment.

How, will be up to the precincts. Porrino, who will serve as chairman of the foundation, said the group will work with the precincts to refine their programs, which can be based in sports, the arts, learning — really, anything that fosters a sense of working together.

“They’ll bring whatever they deem to be the best and most effective community policing ideas,” he said. “They have to be something that the kids will find interesting and want to be engaged in.

“The programs need to bring police officers and the kids together in an environment where they are working together in a positive way. A big party would be nice. But, that’s a one-time event. This needs to be a continual connection. You need time to build trust.”

“I’ve been through this as attorney general, and I’ve been knocked over by the ingenuity and the creativity and the desire on the part of police to do this kind of engagement effectively,” he said. “Sometimes, the biggest challenge is having the resources available. We’re going to remove that challenge by raising the money that they need.”

That starts with the Newark Police Foundation, which had been dormant for years. Restarted a few months back by Porrino and others, it is launching a website Thursday morning. And, while it has done some fundraising, that aspect really begins Thursday.

Porrino said he hopes to connect with the biggest stakeholders in the city to help the program succeed.

“One of the things we’re going to do is go to the businesses that are invested in Newark and explain the value proposition to them,” he said. “We want them to continue to contribute to all the causes they’re contributing to already — the museums, the arts, education, that’s all really important. But we also want them to give a look to public safety.”

Porrino said the program will need hundreds of thousands of dollars to be self-sustaining — but, certainly not many millions. That’s the beauty of it, he said.

“Youth engagement is something that has significant impact, but actually isn’t all that expensive,” he said. “You’re not buying police cars, you’re not adding to headcount, you’re not expanding expensive technology. This is just good, old-fashioned relationship-building.

“I can tell you, right now, they are doing a lot with a little. We want to help them do more.”

The payoff won’t be measured in dollars, Porrino said.

“Civil unrest is something that, thankfully, we have not seen in Newark for a long time,” he said. “But I can tell you, as attorney general, it was one of my top concerns and biggest fears, because it is something that can have a really lasting impact.”

Programs such as these, Porrino said, are equally as impactful.

“Civil unrest very often comes from a violent police encounter, George Floyd being the most prominent and most disturbing example,” he said. “The relationship between the police officers and the communities they’re sworn to serve and protect really matters. And it matters not only for avoiding those kinds of encounters, but, God forbid, if there is one, it is important to engage with a community to explain what happened. And you have to have trust for that to happen.”

For Porrino, a partner and one of the top leaders of Lowenstein Sandler in Roseland, it’s an opportunity to reenter public service. It scratches an itch he has had since leaving Gov. Chris Christie’s administration.

“I just didn’t want to sit on the board of a nonprofit and not be able to have a meaningful contribution,” he said. “This is an area where I’ve got some experience and I’ve invested a lot of time and thought. So, the opportunity to be able to help, to be back in the public service realm without being back in public service, is a gift.”

A gift others can enjoy, too.

With the right leadership — and the right support from the business community — Porrino feels the initiative could be copied throughout the state.

“Quite frankly, there are a lot more people out there who care about things like this more than they did a year ago,” he said. “I believe this is a relatively easy way to help.

“If you care about your community, we’ll give you the playbook and help you set up a police foundation in your town. Hopefully, we’ll get this going in some other places. We’d be glad to be the model for an initiative like this in as many cities and communities as will have us.”