Home Opinion Editor's Desk McKoy: Juneteenth is nice — but the ask is so much more
Facebook
Twitter
Linkedin 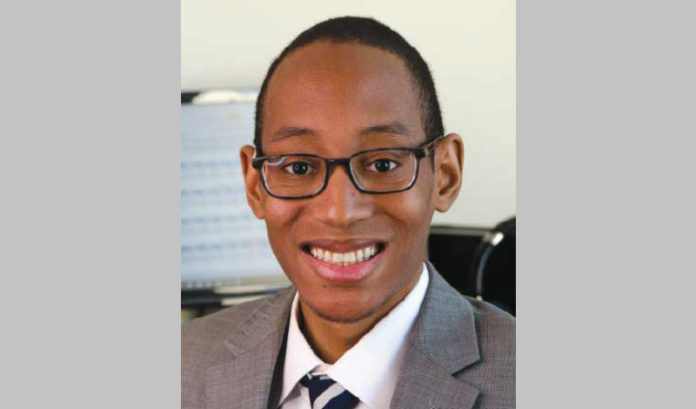 Brandon McKoy is happy Juneteenth has been declared a national holiday — and he’s hopeful it will lead to some much-needed change.

He’s fearful that it won’t.

McKoy, the president of New Jersey Policy Perspective, is worried Juneteenth — the name that signifies June 19, 1865, as the final day of slavery in this country — will become nothing more than a sound bite.

“On Saturday, you’re going to have multiple rallies and events talking about Juneteenth,” he said. “And, at those rallies, you’re going to have people calling for everything from a reparations task force to guaranteed basic income, baby bonds to cash assistance and benefits. Really pushing the envelope to think bigger about how we can help people in the state.

“And then, on Monday, if they stay on track, we’re going to have the Legislature release a budget that I guarantee you will not address any of those things. And if lawmakers think that there’s not some very ugly juxtaposition in that, then I don’t know what planet they’re on.”

McKoy isn’t an extremist or even angry — to use two words that often are used to negatively paint someone with whom you do not agree.

In fact, you can argue that McKoy is a deep thinker, someone who always tries to make statements grounded in data and facts — see NJPP’s recently released report on the War on Drugs as an example. In this case, he said, actions, reactions and statements back up his hypothesis.

“Don’t get me wrong,” he said. “It’s good that we have Juneteenth. It’s good that we are talking about something we should have learned about in middle school and high school, whether it’s Juneteenth or the Tulsa Race Massacre, because they are central to our history.

“So, the acknowledgement is good and appreciated, but let’s not go overboard. You have a lot of leaders of color saying the crisis right now is voting rights. You have a political party in many parts of the country attacking voting rights. And, now, you want me to be happy about Juneteenth being a holiday? There’s a bit of a disconnect. It’s nice, but it’s not what we need right now.

“If you want to add another holiday, you should have given us Election Day. That would make a real difference.”

History, McKoy says, shows that’s not going to happen. He said it’s all about protecting those in power. And he laughs at the reasons given for why we can’t make Election Day a national holiday.

“They’ll talk about the loss of productivity for business,” he said. “But then, they’ll joke about how much productivity is lost during the first day of March Madness.”

The only thing worse than leaders talking out of both sides of their mouth is them not talking at all. That’s another fear.

It has been just over a year since George Floyd was murdered in broad daylight by a since-convicted police officer. The incident did not just lead to a conversation about race relations, but an acknowledgement that systemic racism continues to hold down communities of color.

Much has been done to address the issue — especially when it comes to increasing funds to those communities.

But this isn’t about just writing a check, going on a march or releasing a statement, McKoy said. There has to be more. The announcement of a new federal holiday should be another step in the start of a process, not a step closer to the finish, he said. That worries him.

“Some will only see Juneteenth as a holiday,” he said. “And some folks will treat Black Lives Matter or Justice for George Floyd as nothing more than slogans that they know they’re supposed to say.”

He worries about what will happen when the state’s leaders — mainly, three white men in Gov. Phil Murphy, Senate President Steve Sweeney and Assembly Speaker Craig Coughlin — will decide what to do with the incredible surplus of more than $10 billion.

“This is an incredible opportunity that we have,” he said. “I don’t think people truly understand how much money this is. It’s enough to make real change. To address housing. To address inequities in transportation infrastructure. To address the incredible racial wealth gap.”

While officials in Murphy’s administration will point to numerous efforts to help underserved communities — and there certainly have been plenty — McKoy doesn’t think lawmakers have gone far enough.

Or tackled the biggest issues.

“There are four or five police bills that have the support of literally hundreds of organizations throughout the state and support from the Black Caucus that haven’t gone anywhere,” he said. “And then, all of a sudden, we get this bill that basically allows police officers to review their tape footage before they write their reports, and that gets fast-tracked.

“And there’s the party line on primary ballots. It’s a problem. Will fixing it be the be-all, end-all? Will it be the silver bullet that saves democracy? No. But it’s a start.”

McKoy wonders how many people are really willing to do the work that is necessary — to do more than just celebrate a new federal holiday. Instead of talking about how great a man Martin Luther King Jr. was, he said, start living his ideals.

“Do people really understand what change means?” he asked, then answered. “Change means improving the material conditions of people’s lives, improving the quality of life that folks have — making it so that their ZIP code, or their skin color, or their ethnic background, doesn’t automatically set them back in a significant way.

That’s what McKoy and so many others want. Equal opportunity. So, they’ll take a holiday that acknowledges the day all people were free. But the ask is so much more.

“A new world brings new needs,” he said. “Who knows what the impact of COVID is going to be on how we do education, how we fund public transportation, how we fix our homeless and housing crisis? When are going to update our model? What is it we want for ourselves and for the residents of the state?

“My worry is that we just went through really a traumatic experience, and we’re now just going to go down to the Shore and pretend nothing happened.”

Even COVID crisis couldn’t stop Kinsey, age 80, from going to...