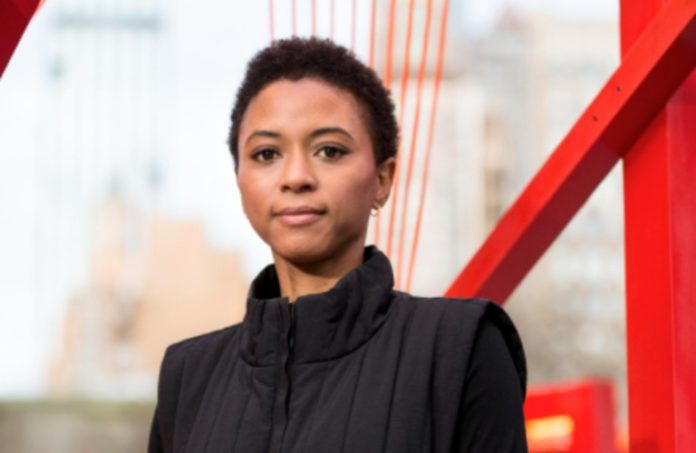 The area in Newark that soon will be renamed Tubman Square will include a monument for Harriet Tubman, the pioneering abolitionist, city officials said this week.

On Thursday, in an announcement that also commemorated Newark’s celebration of the Juneteenth holiday Saturday, Mayor Ras Baraka announced that the design of artist Nina Cooke John’s for the Harriet Tubman monument has been chosen to replace a statue of Christopher Columbus, which was removed last summer in Washington Park.

The park — and the surrounding area, which includes the Newark Museum of Art and Newark Public Library — will be renamed Tubman Square during the summer of 2022, when the new monument will be installed.

“Nearly one year after our nation’s racial reckoning, and just in time for this year’s celebration of Juneteenth, we are proud to announce the design selected for our new Harriet Tubman monument,” Baraka said. “It is only fitting that we memorialize Tubman’s heroic efforts leading enslaved Africans to freedom via the Underground Railroad at this time of year, when we celebrate the emancipation of enslaved people in the United States.

“Ms. John’s work of public art will be a symbol of hope and optimism for generations to come, not only for our Newark community, but also for the entire country.”

John’s design “Shadow of a Face,” envisions the renamed park as a place of pilgrimage where people will visit from all corners of Newark and beyond to learn about Tubman’s life and journey.

John said she is humbled by the honor.

“As a woman, a Black woman, and mother of three girls, I am delighted to bring my memorial for Harriet Tubman to life in Newark,” she said. “My design creates a welcoming space for people to connect with Tubman as well as interact and reflect on their own liberation from whatever weight they might be carrying. This is a monument for the community and by the community.”

The circular monument will guide visitors throughout a multisensory experience. Featuring a larger-than-life profile of Harriet Tubman, the work lets visitors connect with her at eye level on a foundational wall where her face will be reflected in a mosaic made of large ceramic pieces. The texture of the mosaic is repeated at different scale on the ground and inner walls. Text throughout the area highlights important dates in Tubman’s life and the names of safe houses throughout New Jersey.

John is the founding principal of Studio Cooke John Architecture and Design, a multidisciplinary design studio that values place-making to transform relationships between people and the built environment. She is also a member of the Black Artists + Designers Guild Collective and was recently named one of Elle Decor’s A-List top 100 Designers. She is based in Montclair.

Newark residents who would like their family names or organizations to be a part of this historic project can donate and have their names included in the design process. Donations will be administered by Newark Arts, the city’s local arts agency and fiscal sponsor on this project. To donate, visit NewarkArts.org.

State Supreme Court allows up to $9.9B borrowing plan to go...