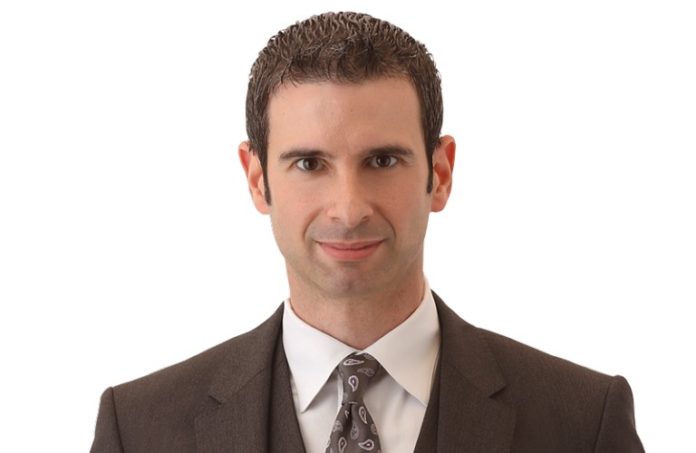 Restaurants have to use their place of business for the obvious: eating and drinking. It’s often written into the language of leases with landlords. But, what happens when a state government, concerned about the spread of COVID-19, says you can’t do that?

That question is central in a first-of-its-kind legal contest between a food business and a landlord in the Garden State. And it could have massive implications for restaurant businesses that shut their doors for large portions of a pandemic-stricken 2020.

The battle dates back to October, when Office Tavern & Grill in Ridgewood was sued for eviction by a local landlord family. The restaurant stopped paying rent when Gov. Phil Murphy’s executive orders eliminated and then later restricted indoor dining.

Bob Kasolas, a civil trial attorney at Brach Eichler, is leading the restaurant’s effort to countersue. In a complaint filed in the Superior Court of New Jersey, the restaurant and its attorney argue that the state’s limitations meant they couldn’t rent the building for its legal purpose.

“The idea is that this unforeseeable event made it impossible for them to perform their lease’s contractual obligations,” he said. “Due to the governor’s executive order, they couldn’t use it for what it was leased for. So, they shouldn’t have to pay rent for it.”

“And the court thought we had a viable claim based on that, and recently refused the defense’s attempt to get our complaint dismissed,” he said, adding that he was “not aware of any ongoing examples of a case like this in other states yet.”

No doubt — especially if this case serves as a precedent.

There already was one Superior Court summary judgment in favor of another food and beverage business in Massachusetts. The plaintiff in that case, Caffé Nero, was making a similar argument, Kasolas said, and the court discharged the business of its obligation to pay any rent while it was barred from letting customers eat or drink inside its leased building.

The landlords’ defense attorney in the Office Tavern case claimed in a written response to the Superior Court of New Jersey that attempts to compare their case to that one were flawed, writing that the “facts of this case are strikingly different.”

In that case, the attorney argues, the landlord refused to negotiate any amount of rent abatement for those months that the restaurant was closed. In the local one, the parties at one point made a deal as to the unpaid, abated rent during the height of the pandemic last year, a total of about $22,000.

The defense also argues that the restaurant was seeking to “abuse Gov. (Phil) Murphy’s orders by providing indoor dining without paying any rent” after it resumed limited indoor dining in September.

Kasolas said the restaurant, regardless, has a strong claim, and that the 25% indoor dining capacity food businesses were able to resume last fall, after accounting for additional social distancing, was “next to nothing at that point; you’re hardly able to pay your bills.”

As the court allows this legal bout to continue, which Kasolas already marks as a victory for his side of the ring, he said all restaurants should start to consider what rights they have in respect to the rent they were paying to landlords throughout last year’s restricted dining rules.

“Absolutely, talk to a lawyer,” he said. “But it’s always going to be fact-specific analysis. What kind of terms are in the lease? What kind of restaurant was it? Are you a restaurant with a strong indoor dining operation? How much are your carry costs? How well did the place do in terms of lost profits versus pre-COVID?”

From the perspective of Kasolas, a majority of restaurants in New Jersey would be justified in bringing claims against landlords based on a similar argument he’s currently making in court.

He added that some restaurants might decide, due to legal costs, that it’s better to work the issue out with landlords directly.

“And landlords should really be looking to make deals with their tenants,” he said. “Because, as lawyers and tenants become aware of the fact that they have more rights than they realized, the tenants are going to be more gutsy and brazen, especially if they have the financial ability to fight a landlord.”