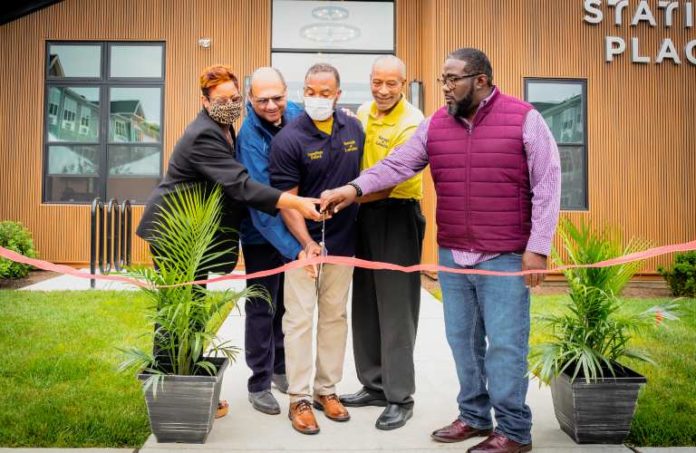 Officials in Lawnside celebrated the ribbon-cutting for a new upscale apartment community, Station Place, which will bring 144 units to the borough.

The rental community at 400 E. Oak Ave. includes studio, one- and two-bedroom layouts as well as amenities including a pool, fitness center and more. The property was developed by Sterling Properties, and has leased more than 40 units since the official launch of leasing in June.

“Today, we celebrate an exciting new addition to the Lawnside community, as we officially cut the ribbon on Station Place,” Wayne Zuckerman, co-founder and partner with Sterling, said in a prepared statement. “We’re incredibly proud of the beautiful community we’ve been able to deliver and deeply appreciative of our partnership with the Lawnside and state government officials who have been instrumental in helping bring Station Place to fruition.”