Home Opinion Editor's Desk Can we finally compare COVID to bad flu season? Not quite. In...
Facebook
Twitter
Linkedin 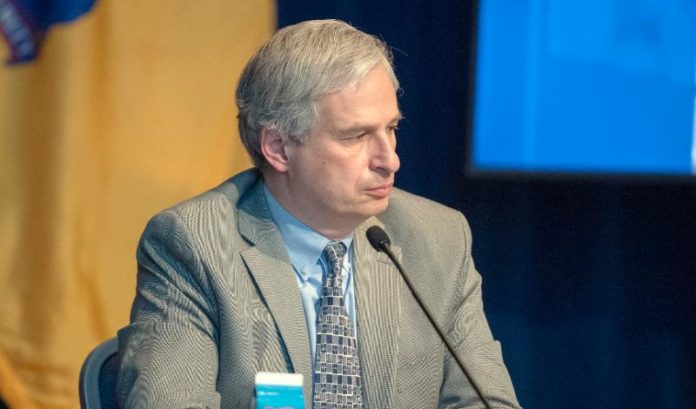 This isn’t meant to be alarmist — and it’s in no way suggesting we need to increase restrictions on masking and capacity.

“Friday will be four weeks since we lifted the indoor basket mandate — and, frankly, things have stayed pretty darn good,” Murphy said.

If there was going to be a reaction to reopening the state, even Murphy said it would have happened by now.

But saying the pandemic has been reduced to just another flu season — a common refrain/hope from deniers early on — is not accurate, either.

Lifshitz did the math. He said New Jersey loses 1,000 or so residents during a typically “bad” flu season. This past week — a good week for the state, Lifshitz said — New Jersey lost 42 residents to COVID-19, which would be more than 2,000 in a year.

Or twice what a “bad” year would be for the flu.

Lifshitz, it should be said, says this while acknowledging things are much better. We just can’t get complacent, he said.

“Even now, when we are feeling good and certainly are in a whole lot better place than we were several months ago, it is important to remember that we’re not there yet — that we have not yet gotten it down, certainly, to a level that I would be happy with, that would make this feel like a typical flu season.”

Persichilli said the outbreaks at long-term care facilities are dramatically lower — which she attributes to the fact that seniors have a 90% vaccination rate.

And Murphy pointed to the reopening numbers more than once during Monday’s briefing.

“Almost four weeks in, you’d have some sense as to whether or not it was going to explode,” Murphy said.

All we can do, Lifshitz said, is let it play out.

He described as a battle between good (more vaccinations, increased immunity, more outside activity) and the bad (decrease in mask wearing and social distancing).

“You do see people acting with more abandon,” LIfshitz said. “You do have concerns about the new variants coming in as well, about increased communicability and exactly where all that will land. The answers.

“It’s hard for me to imagine that we’ll get back to as bad as we were in the winter. But, certainly, I am concerned that we do watch the numbers every day to make sure that we’re not turning around and going higher. And I would certainly prefer that we continue to go down instead.”

And he’d probably prefer for people to not compare COVID to the flu.