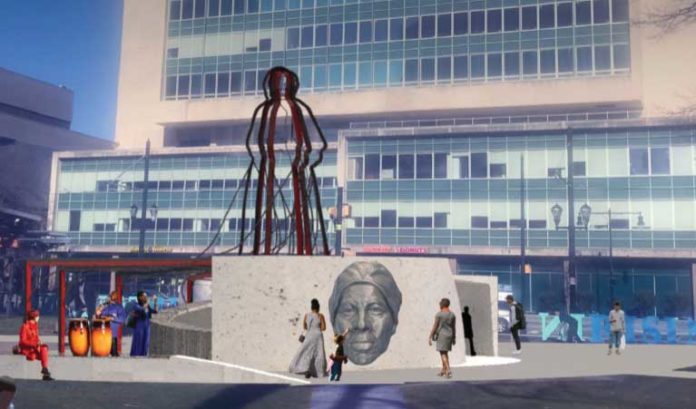 The area in Newark that soon will be renamed Tubman Square will include a monument for Harriet Tubman, the pioneering abolitionist, city officials said recently.

In an announcement that also commemorated Newark’s celebration of the Juneteenth holiday, Mayor Ras Baraka announced that the design of artist Nina Cooke John’s for the Harriet Tubman monument has been chosen to replace a statue of Christopher Columbus, which was removed last summer in Washington Park.

The park — and the surrounding area, which includes the Newark Museum of Art and Newark Public Library — will be renamed Tubman Square during the summer of 2022, when the new monument will be installed.

John’s design “Shadow of a Face,” envisions the renamed park as a place of pilgrimage where people will visit from all corners of Newark and beyond to learn about Tubman’s life and journey.