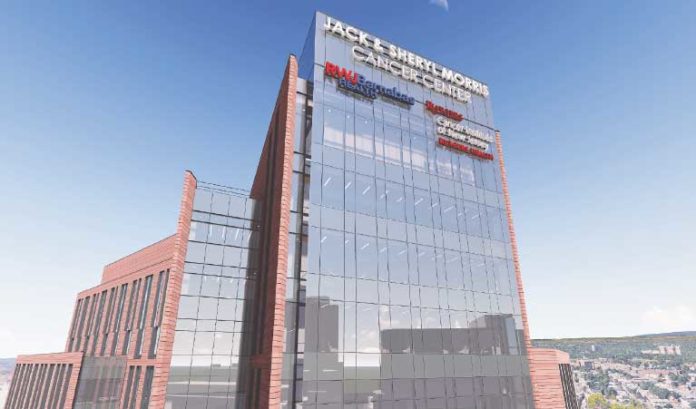 The biggest goal for cancer care in New Jersey has been defined for decades: Residents shouldn’t have to go to New York City or Philadelphia to get world-class care, they should be able to get it here.

Last week’s groundbreaking of the $750 million Jack & Sheryl Morris Cancer Center, a 12-story, 510,000-square-foot facility in New Brunswick that represents a major expansion of the Rutgers Cancer Institute, may change the narrative.

If Jack Morris, the chair of RWJBarnabas Health and the leading philanthropist on the project, has his way, it certainly will change the goal post. Morris’ goal is for the center to be strong enough to attract patients from New York City — and around the world — to New Jersey.

Morris said he hopes the center will help others see what he sees: that New Brunswick is a leading destination for cancer care and research.

“We’re going to attract doctors and others who want to come here and be part of this. It’s going to be a game-changer.”

And the institute has benefited greatly since it was brought under the direction of Rutgers BioMedical and Health Sciences — an academic unit that was created in 2013 for this purpose.

So said its chancellor, Brian Strom.

“Today’s groundbreaking is another milestone in our journey to build one of the best academic health centers in the nation, right here in New Jersey,” he said. “This is of course, consistent with what our state’s leadership envisioned when you created Rutgers Biomedical and Health Sciences in 2013.

“Thanks to your efforts, this newly restructured Rutgers University has been able to recruit a new caliber leadership for RBS across the board, to the benefit of New Jerseyans.” 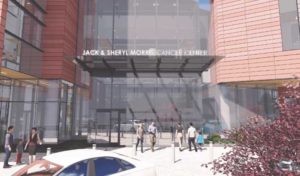 Attract plenty of dollars, too. Strom rattled off some of the numbers:

“This is a clear indicator of how our alumni, our friends and, especially, our patients, value and appreciate our work,” Strom said.

“This is not a national trend,” he said. “Just a trend here at Rutgers. And we’ve seen applications increase 20% just since 2019.”

Officials from all the organizations involved expect these numbers will continue to rise, especially after the building, which is being developed in partnership with the New Brunswick Development Corp., is completed in 2024.

All of this continues to amaze Morris, who grew up in nearby Highland Park.

World-class cancer care in New Jersey. Morris said he is thrilled to be doing his part.

“There is nothing that feels better or more gratifying than helping others in need,” Morris said. “Cancer touches the lives of everyone — and we believe that people should not have to travel to New York or Pennsylvania to get great cancer care.

“It has been our vision, our hope and our dream to have the top cancer center in the nation right here in New Brunswick. Sheryl and I are so proud that we can play a role in helping to make this dream a reality.”

It’s a reality Morris said he wants to happen as quickly as possible. He joked during the ceremony that he couldn’t wait to get the tent down and get back to work on construction.