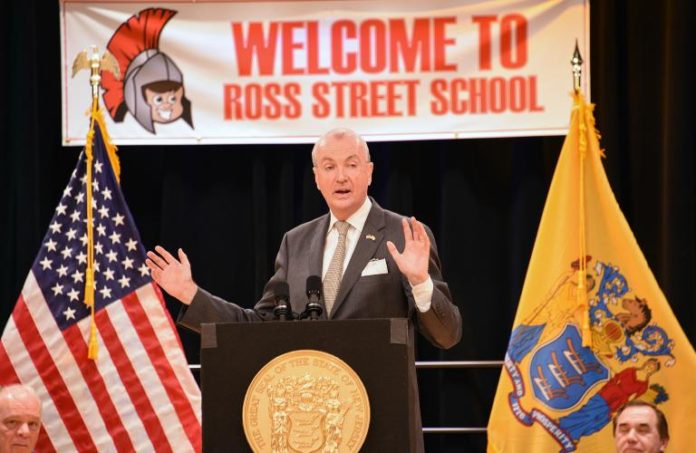 Christina Renna, the CEO of the Chamber of Commerce Southern New Jersey, reacted to the signing of the state budget as many of the heads of the state’s top business groups did: Happy for some expenditures, thrilled there were no new taxes — and worried about unsustainable spending.

“The final version of the (fiscal year) 2022 state budget is very much a tale of two budgets,” she said.

The chamber, she said, was glad to see South Jersey priorities, such as the Offshore Wind Port, included in this budget, as well as the inclusion of job training, workforce development and educational programs — but, she is concerned about the overall total of the budget: $46.4 billion.

“The total spend in this budget is excessive — 11% over last year alone and 34% cumulatively,” she said. “That type of growth in spend is unsustainable and will eventually lead to higher taxes on the residents and businesses of New Jersey.

“Additionally, the exclusion of funds to replenish the state unemployment trust fund is incredibly problematic, as the state’s business community continues to recover from the pandemic. It’s fair to say there is much to like in the FY2022 state budget, but the lack of spending control dulls some of the more positive news out of its final version.”

Anthony Russo, president of the Commerce and Industry Association of New Jersey, said his group is thrilled to see aid to businesses through economic recovery funds, but wondered why more wasn’t done to help businesses.

“Money should have been allocated to replenish the unemployment insurance fund at a time when employers are being asked to contribute at a higher rate,” he said.

“It is unsettling that this budget fails to include an appropriation to pay down the Unemployment Insurance Trust Fund debt to delay or soften a payroll tax increase on businesses, which is presumed to start in two days,” she said. “While a law passed earlier this year will lessen the blow of paying a $1 billion tax increase over three years, this budget surplus was an opportunity to reduce what is a tax on jobs for employers.

“It is imperative that this UI tax be addressed in the federal American Rescue Plan funding to help our businesses with their recovery.”

Tom Bracken, the CEO of the New Jersey Chamber of Commerce, repeated his concern that the budget — for all its positive expenditures — does not do enough to jump-start the economy.

“There are still thousands of struggling businesses in New Jersey, and they are going to need help on a much larger scale than the existing NJEDA relief programs and the $235 million relief package for small business that the governor signed into law on June 22,” he said.

“Since the start of the pandemic, the state has provided $600 million in grants from the Economic Development Authority, and businesses in New Jersey have received $26 billion in U.S. SBA Paycheck Protection Program loans. Even with that help, we lost between 30% and 40% of our small businesses and about a third of our restaurants. There is an enormous need for additional working capital. Without it, more of our businesses will close.

“We urge state leaders to immediately release more of the billions of dollars that New Jersey received from the federal government’s American Rescue Plan to help our businesses.”

Murphy to chair Democratic governors group in 2020, job that could...

What (not) to do? Think tank calls Conn. fiscal efforts a...