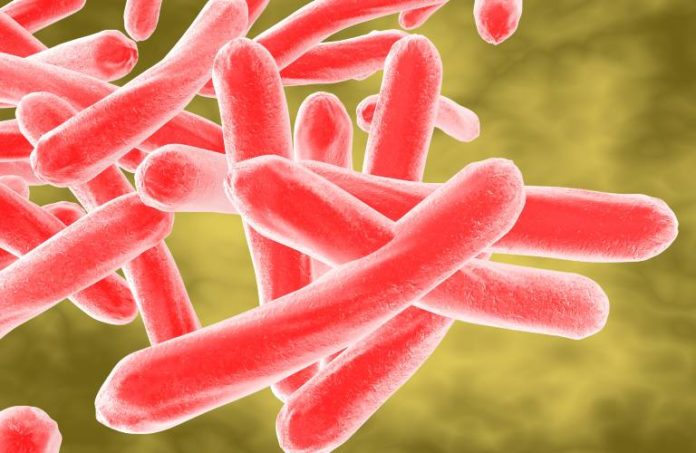 Scientists from the Hackensack Meridian Center for Discovery and Innovation, working with collaborators from across the globe, said they have uncovered the mechanism of action of a novel anti-tuberculosis drug that they have helped develop.

The new findings show how the enzyme inhibitor triaza-coumarin, or TA-C, is metabolized by the TB germs, which makes it effective in inhibiting the disease from within, like in a “Trojan horse” attack, according to the new paper in the journal Proceedings of the National Academy of Sciences.

“This is a promising new direction of research,” said Thomas Dick, a member of the CDI faculty. “We are hoping this work can make a difference in the ongoing fight against TB.”

Dr. David Perlin, the senior vice president and chief scientific officer of the CDI, said the findings are a credit to the staff.

“The scientists at the CDI who specialize in tuberculosis and other mycobacteria are at the vanguard of their specialty,” he said. “Their promising new lines of research offer hope against a scourge that continues to kill in huge numbers, year after year.”

According to CDI officials, bacterial metabolism can cause intrinsic drug resistance — but it can also convert inactive parent drugs to bioactive derivatives, as is the case for several antimycobacterial “prodrugs.”

These “prodrugs” are biologically inactive compounds that are broken down by the bacteria to create the effective byproduct compounds within the bacterial cell.

The scientists show in the paper that intra-bacterial metabolism of TA-C, a new Mycobacterium tuberculosis dihydrofolate reductase, or DHFR, inhibitor with moderate affinity for its target, boosts its on-target activity by two orders of magnitude. The TB germ takes up and metabolizes the TA-C — but the byproducts inhibit its function from within.

This is the first “prodrug-like” antimycobacterial that possesses baseline activity in the absence of intracellular bio-activation, CDI officials said. By describing how it works in this latest paper, the authors have provided the foundational basis of a novel class of DHFR inhibitors and uncovered a new antibacterial drug discovery concept.

This new methodology could be crucial in the ongoing fight against TB, which kills 1.3 million people across the globe annually, and which disproportionately afflicts the developing world.

The CDI team included Dr. Wassihun Wedajo Aragaw, who uncovered the mechanism of action, as well as colleagues Drs. Veronique Dartois, Martin Gengenbacher and Matthew D. Zimmerman. The international team who collaborated with the CDI included Brendon Lee and Colin Jackson from the Australian National University, and Xuan Yang and Wai-Keung Chui of the National University of Singapore.

Rutgers Athletics teams up with Horizon on multiyear partnership