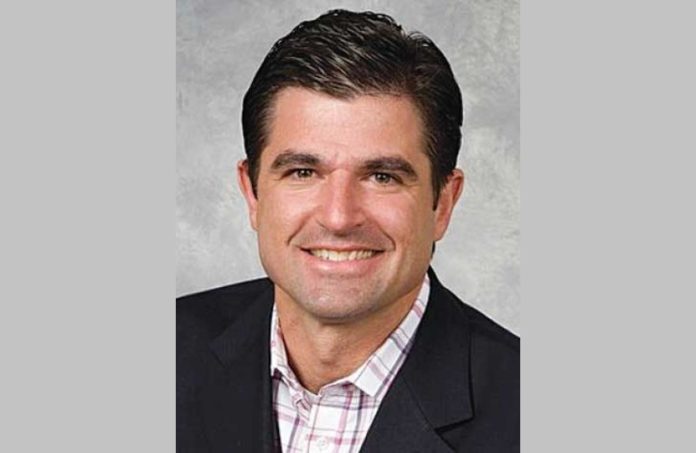 O’Neil was the inaugural CEO of HBSE, which was created in 2017 to serve as the parent company of a number of sports and entertainment assets owned by Josh Harris and David Blitzer — most notably the New Jersey Devils, the Philadelphia 76ers and the Prudential Center.

O’Neil has more than two decades of leadership experience within the sports and entertainment industry — including a stint as the CEO of Madison Square Garden — and started working for Harris and Blitzer in the summer of 2013, serving as CEO of all three marquee properties.

O’Neil’s next steps were not disclosed, but they likely will involve work around his recent book: “Be Where Your Feet Are: Seven Principles to Keep You Present, Grounded and Thriving.”

O’Neil recently told ROI-NJ that he hopes the book — which already has spurred many speaking engagements — can become a national movement.

“I hope that this is a message that resonates, because I think we need it,” he said. “We need to figure out what our WMI, ‘what’s most important,’ is. We need to go through life assuming positive intent and we need to put our phones down and get our heads up and stop treating the world like an elevator — where we’re all staring down at our shoes and not saying anything.

“I think there are practical things (in this book) that can help people live a better life. And I’m passionate about that.”

O’Neil, in a release from HBSE, said he has nothing but wonderful things to say about Harris, Blitzer and the organization.

“Josh and David are extraordinary leaders, partners and friends,” he said. “Their commitment to our teams, brands, employees and, most importantly — their commitment to serving the city of Philadelphia, Newark and Camden — made our success together possible. To be trusted with the opportunity to steward epic brands — as well as buy, build, integrate, acquire and grow complementary businesses to create HBSE as it is today — has been the ride of a lifetime, one for which I am humbled and grateful.

“HBSE is the best organization I have ever been a part of, with the highest degree of difficulty I have ever encountered, and the most fun I have ever had, because every day brought a new opportunity to learn and develop. This company has grown through a culture of extraordinary teammates willing to be innovative, having the discipline to do the work and a courage to lead from the front. While I thoroughly enjoyed every moment of my time here, I am even more excited to build, grow and drive my next platform.”

“Scott has accomplished so much on behalf of the organization in a relatively short amount of time, driving our growth, culture and commitment to strengthening the communities in which we live, work, play and win,” he said. “I cannot overstate how much we value Scott’s enormous contributions to the company and how grateful I am for his leadership and partnership in creating a best-in-class culture at HBSE. We know he will find great success in whatever he chooses to accomplish in the future, and we will always be among his biggest advocates.”

Under O’Neil’s leadership, HBSE was built from a single-entity team, the Sixers, to an all-encompassing sports and entertainment franchise that spans two professional teams, an esports business, a leading arena and entertainment business, and several growth and venture investments across sports technology. He led the Sixers to sign the first jersey patch sponsorship in “Big Four” sports history, oversaw construction on the largest and most technically advanced training complex in professional sports, the Philadelphia 76ers Training Complex, established an industry-leading Innovation Lab and became the first U.S. professional sports franchise to acquire a world-renowned esports team. Additionally, he became acting co-managing partner for Elevate Sports Ventures, a sports and entertainment agency he helped to create in a partnership between HBSE, Live Nation Entertainment | Ticketmaster, the San Francisco 49ers and Oak View Group. He also helped create HBSE Venture Fund and HBSE Real Estate to round out the portfolio.

During his time with HBSE, O’Neil and his team were recognized for his impact in creating an innovative and best-in-class workplace and workforce.