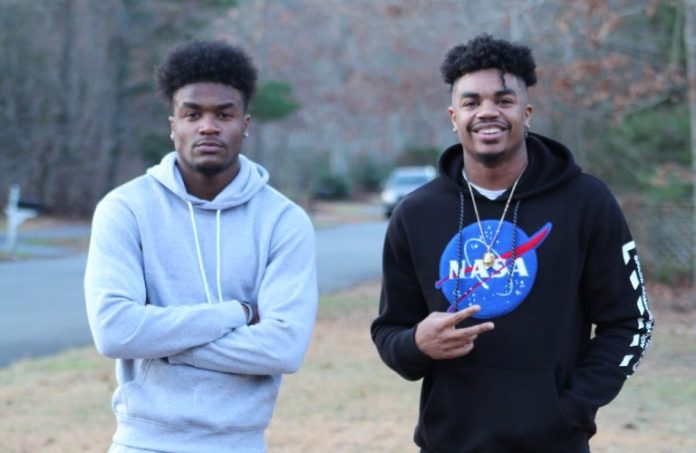 Chris Paladino, the president of the New Brunswick Development Corp. and someone long associated with Rutgers University, felt he had the perfect place to go when NCAA rules allowing college athletes to make money on their name, image and likeness became official July 1: the Melton brothers.

It wasn’t just that Bo Melton, a fifth-year senior wide receiver, is set to be a captain on the football team this fall. And that his younger brother, Max Melton, is a rising star after an impressive freshman year as a defensive back. Or even that both of their parents were former Rutgers stars.

Paladino and Devco signed the Melton brothers to a commercial deal on the first day NIL became allowed because of all that and more.

“The Melton brothers have a great family tradition, they have a big following on social media and they are as charismatic and charming as they come,” Paladino said. “From our perspective, we think they are the next McCourty brothers.”

The only difference between the Meltons and the McCourtys — who starred at Rutgers more than a decade ago before going on to successful NFL careers — is that the Meltons can cash in on their personalities now, due to the change in NIL rules.

Name, image and likeness rights essentially are an individual’s right to publicity. NCAA athletes are now able to accept money from businesses in exchange for allowing the business to feature them in advertisements or products — or even just to make public appearances.

One athlete, Ole Miss quarterback Matt Corral, announced over the weekend that he is charging $10,000 for an hour of his time (he’s yet to have someone hire him).

College athletes previously had given up these rights when they accepted a scholarship. A U.S. Supreme Court ruling, however, said colleges cannot limit these opportunities.

The extent of these opportunities will differ from athlete to athlete. The deal the Meltons signed with Devco will have them filming promotional videos, highlighting New Brunswick as a great college town to see a game — and that the Yard, the on-campus community Devco created, is a great place to watch a game when Rutgers is on the road.

I’m proud to announce my 1st NIL partnership with @DEVCONB !

Can’t wait to give you a tour of downtown New Brunswick with my brother Max Melton and show you all there is to do here on a football weekend!

The Meltons were among a handful of Rutgers athletes to sign NIL deals last week.

Running back Isaih Pacheco was the first known Rutgers athlete to sign a deal, agreeing to appear on “The Scarlet Spotlight” podcast.

Gianna Mancini, a member of the Rutgers field hockey team, was one of dozens of athletes nationwide to reach an agreement with Barstool Sports.

For the players, the deals represent a chance to make money off their name — something the colleges have been doing since the start of collegiate sports.

For businesses, the new NIL rules offer additional marketing opportunities — the impact of which remains to be seen.

ROI-NJ spoke with Paladino about varying aspects of NIL deals. Here’s a look at the conversation, edited for space and clarity.

ROI-NJ: Let’s start with the agreement with the Melton brothers. Give us your big-picture take on that?

Chris Paladino: I think it’s a great opportunity to promote the university. The Melton brothers have a great family tradition (dad played football; mom played basketball). In fact, the parents are going to come when we shoot the video (this Friday).

I think it’s a great opportunity to support the players as they start in this new business. It’s the new reality, and we’re thrilled to be able to participate it.

CP: Its purpose will be to promote football weekends in New Brunswick as a great place to come stay and eat. We’re going to promote staying at the Heldrich and eating at the restaurants on George Street. Things like that.

I think it’s a good opportunity for both of them, and, just as importantly, for us as a city.

ROI: Of course, you could have done this type of promotion before — you just could not have used current players. How is that different? How does that help?

CP: It’s different not only because they have a fairly significant social media following, but who that following is. They’re followed by fans and people who are focused in on Rutgers football today. It’s a market we want to reach.

It’s all about accessing an audience that may not be part of our regular audience, but who follows these players.

ROI: Football may be the biggest sport at Rutgers, but it’s not the only one. What other opportunities do you see?

CP: We’re looking now to see which athlete involved in Olympic sports might be a good spokesperson for us to encourage people to come to the Yard to watch the Olympics this summer. There are all sorts of opportunities. It’s just a matter of figuring it all out. We’re only 24 or 48 hours into this process. We have to see how it will play out.

ROI: It has been playing out all over the country this past weekend. Hundreds of athletes have been announcing deals — some reportedly are worth six figures. Do you see it exploding in New Jersey as it already has elsewhere?

CP: That’s going to be the big question: How does this work in our market? If you’re in Boise, Idaho, this should be a boom, because there are no professional teams. I don’t see that happening here. The wide receiver at the (New York) Giants is always going to be the guy that car dealer wants.

We’re doing something relatively modest. I look at it as a promotional opportunity. I want it to be a good opportunity for both us as a business and them as players and young businesspeople. I see it as something that is supporting the city and supporting the university.

ROI: Speaking of Rutgers, did you have to do the deal through the university?

CP: Not on this one. This just happened on Day One, but I’ve heard the university is going to help athletes going forward. And they should. These are business opportunities for the players. They are going to need help understanding all of the aspects of it — including paying taxes.

ROI: Here’s the money question, so to speak: Should this be happening in the first place? Is this taking away from the so-called amateur aspect of college athletics. As the father of a former Division I athlete, how do you view the situation?

CP: I think this solves a current legal issue, but it doesn’t solve the long-term problem. I think the NCAA and the college football gods still need to talk about how kids are fairly treated, given the fact that this is a 12-month endeavor now. The athletes go to summer school and they go to the winter term and, unlike other students, they can’t have the part-time jobs that we all had as students.

They’re getting a college education for free. They’re getting great food and gear and all that stuff, and it’s really great. But you’re also requiring them to be here full-time and not allowing them to have a job, so they have money to go out and buy pizza because they don’t have the resources.

This will be great for some athletes, but what about the backup guard? That’s why they should institute some sort of stipend.