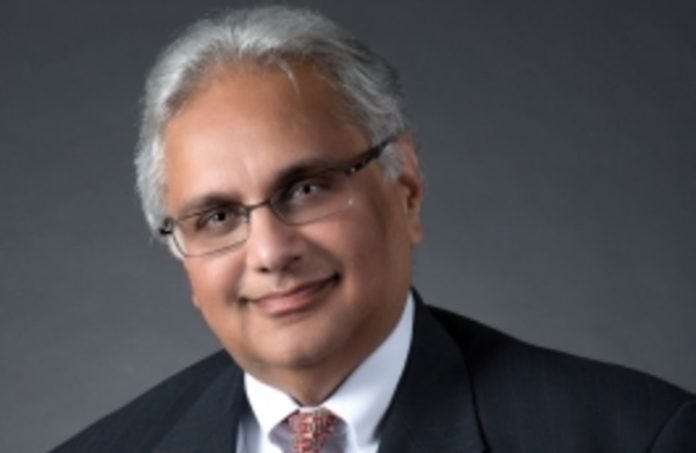 Behind hospitals stand the physicians caring for patients each day. Behind them? A lot of data on patients.

And, behind all that information is Edison’s HealthEC, a company that might be multiple layers removed from the hospital setting — but its impact on those facilities’ ability to keep the lights on is hard to miss.

Dr. Sanjay Seth, executive vice president and chief medical officer of the health data company, boasts of being able to help double the annual net income for physicians associated with some top-ranked providers.

It’s all in how medical institutions can utilize the data aggregation HealthEC can do with billing systems and electronic medical records, or EMR, to negotiate better contracts with insurance carriers. HealthEC, which was founded by an architect of the New Jersey Health Information Network in the years following 2010’s Affordable Care Act, brings that data advantage to physician groups and other health care organizations.

Seth provided two examples of local physician groups his company works with: Although he couldn’t provide names, one of the hospital-affiliated groups has 650 physicians, and the other, independent partner has about 280 physicians.

“And I’d venture to say that, for three years, these provider groups have consistently been outperforming their competition,” Seth said. “They have both accomplished significant shared savings for multiple years now. For each of these groups, they’re getting bonus payments between $2 to $4 million, per contract, at the end of the year for improved costs and outcomes.”

The health technology firm accomplishes that by helping the groups monitor their performance on value-based agreements with particular insurers. The groups can see what’s going on within their own organization in advance. They would normally have to wait to get more data from insurance carriers.

“That’s important for two reasons: one, for negotiations,” Seth said. “They need to know utilization costs and outcomes for the patients belonging to that carrier in advance of negotiations, so they can go into it with strength. And, for the larger of the two groups, they’re multispecialty, and they need to monitor how much work is going outside their network of providers.”

The data HealthEC compiles also allows health care organizations to keep tabs on the health of their individual practices. In short, they can tell which practices are bringing in new patients on a regular basis and which are just recycling the same patient repeatedly.

There’s a good reason an organization can’t simply do all this data aggregation itself — it’s quite a task even for a company dedicated just to it.

“That data is not easy to aggregate, because individual physicians within those large groups have different record systems,” Seth said, adding that the “biggest piece we’re struggling with currently is interoperability between EMR and a practice’s data sets.”

Long-existing medical practices in New Jersey, the sort that might be affiliated today with a larger physician group, may be relying on computer systems that aren’t much newer than the practice itself. These are practices that might not have acquired the latest software upgrades or moved any data at all to a cloud storage system.

“Depending on the individual practice, the consistency of data out of systems is very, very poor,” Seth said. “And that makes for a tedious integration process to get data into one space.”

That’s one of the major hurdles for HealthEC, although Seth added that there’s some movement toward consistency in the health care industry — in terms of the format, frequency and content of data.

Another issue is what Seth referred to as a lack of knowledge at the provider level about why data should be shared. With privacy regulations on health records being what they are, there’s some reluctance to share data. Part of that is being addressed with efforts to mask certain aspects of sensitive health information as it moves from one practice into a more centralized location.

Despite some of the awkwardness encountered in New Jersey’s health data landscape, the leaders of HealthEC feel what they’ve already been able to do for the local industry has improved not just costs, but quality of care and outcomes, too. Their two physician group clients have both been ranked in Top 5 performers in physician groups in the state for multiple insurance carriers.

The company might not be front-and-center in a practice’s everyday work, but it likes to think of itself as a partner in that hands-on care.

“Their success dictates ours as well,” Seth said.