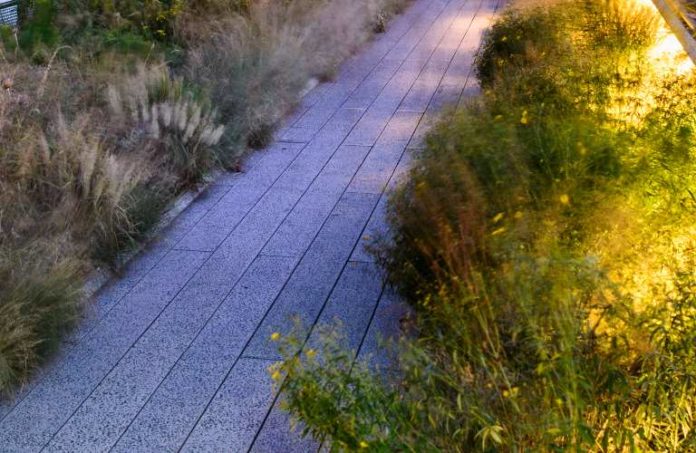 The Newark city council on Friday approved a resolution of support for the Essex-Hudson Greenway — a greenspace project that would create nearly nine miles of park that would connect Montclair, Glen Ridge, Bloomfield, Belleville, Newark, Kearny, Secaucus and Jersey City.

It’s the latest of a series of moves to support the project — essentially a park built on a now no-longer-used Boonton rail line that would be used by walkers, runners, cyclists, hikers and others.

Driven by the Open Space Institute and its partners — the New Jersey Bike & Walk Coalition and the September 11th National Memorial Trail Alliance — work has already begun on the project in terms of planning, surveying, environmental assessments and more.

For decades, local community leaders have been calling for the creation of a linear park on the former rail line property to create a safe, off-road trail to ride a bike and walk; ease traffic and offer active transportation options; create alternate commuting options; provide close-to-home, easy access to the outdoors; and bring much needed greenspace to urban communities. Currently, the line creates a blight and a hazard to every town along the line.

The $65 million project just needs financial support from the state to complete an agreed-upon deal with the Norfolk Southern Rail Corp.

North Ward Councilman Anibal Ramos Jr., who co-sponsored the resolution with Council Vice President Luis A. Quintana, said he is hopeful the governor will step up.

“The Essex-Hudson Greenway Project presents the city of Newark with a unique opportunity to provide our residents with a safe place to walk, bike and experience nature,” he said. “We encourage Gov. Phil Murphy and other leaders at the state level to support our efforts to make this project a reality.

Quintana said the impact would be great.

“For majority minority communities like Newark, outdoor recreational spaces, like the Essex-Hudson Greenway, can be a game-changer for the health, equity and vitality of our constituents,” he said. “We truly appreciate the positive impact that the Greenway would bring to the citizens of Newark and to surrounding communities and the region.”

Other proponents of the project cite the expansive economic, public health, environmental and a range of other benefits, including expanded opportunities for broadband and addressing severe sewer overflow issues that have long plagued homeowners in Newark and communities along the route of the proposed linear park.

The project will also address equity issues for minority and overburdened communities both adjacent to and near the Greenway’s route.