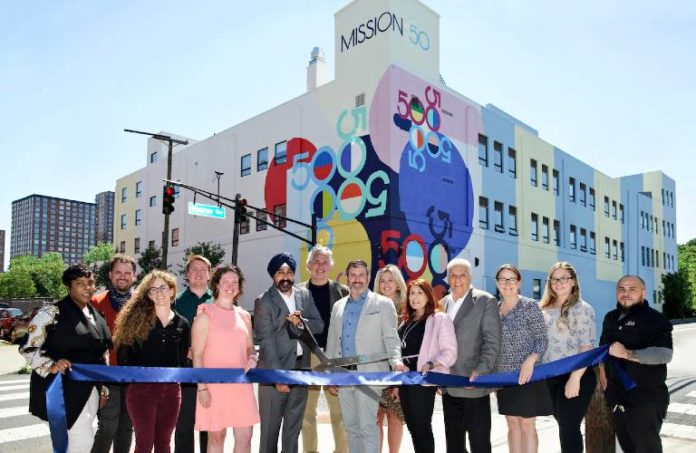 “What you see here today is a testament to Greg, his family and their dedication to the city of Hoboken,” Bhalla said in a prepared statement. “Greg is not just a business owner, but a resident. He has a vision for Hoboken and he’s willing to put his money where his mouth is and put real dollars, real investments, into this community.”

The renovated and rebranded building had been the Hoboken Business Center, which JDA developed in 2003 as an office destination. In 2011, the “original” Mission 50 coworking space opened on the site. In 2020, JDA started a yearlong project that resulted in the 80,000-square-foot building taking on its new form.

“Every time the city made an investment, we made an investment into the future of southwest Hoboken,” Dell’Aquila said in a statement. “We’ve done upgrades to the exterior and throughout the whole building, including a complete renovation of the second floor.”