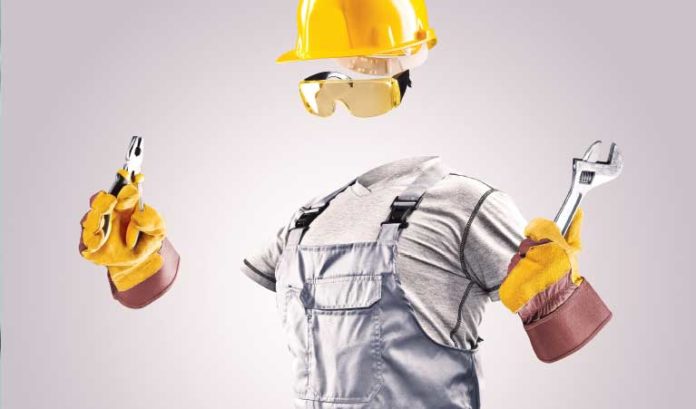 Greg Lalevee, the business manager of the International Union of Operating Engineers Local 825, obviously is a union guy who wants what’s good for unions and their members.

Lalevee, however, prides himself on being an “economic development guy” too — that’s why he’s hopeful the latest attempt to solve the misclassification of workers issue is a successful one.

Misclassification of workers, something unscrupulous companies will do to save money on payroll — not to mention contributions to workers’ compensation, unemployment insurance and other areas — has long been a problem in the state. And it impacts more than just unions.

So, when Gov. Phil Murphy signed four bills last week on the issue that will create a new Office of Strategic Enforcement and Compliance within the Department of Labor & Workforce Development, Lalevee was one of many who applauded.

“It certainly will be of value, if there’s enforcement that comes with it,” he said.

Murphy promises there will be, saying the Office of Strategic Enforcement and Compliance will create a database to track payroll projects, critical steps to tracking and eliminating misclassification. The other bills in the package will simplify the process for identifying misclassified workers and implement stop-work orders at worksites where misclassification is identified.

“These business practices are unfair, abusive and illegal, and they cannot be tolerated,” Murphy said. “Today’s action will give the state more tools to root out and prevent misclassification.”

Murphy said he has taken on this issue from the start of his administration.

In 2018, a Department of Labor audit found more than 12,300 cases of workers being misclassified, resulting in more than $460 million in underreported gross wages and $14 million in lost state unemployment and temporary disability contributions. The audit covered just 1% of businesses, suggesting that the real cost of misclassification is much, much higher, state officials said.

Labor Commissioner Robert Asaro-Angelo said these bills are another way to fight this.

“We should all be proud that New Jersey is the best state in which to be a worker in the entire country,” he said. “Because of the wages, rights and benefits New Jersey guarantees, we’re also the state whose workforce delivers the biggest value to employers.

“The action taken by the governor here today will only bolster New Jersey’s workforce — the employees who deserve the protections put in place for them — and the employers who play by the rules and properly classify their workers.”

Assemblyman Anthony Verrelli (D-Trenton), a sponsor of one of the bills, said enforcement is key.

“It is necessary to increase the Department of Labor’s enforcement powers,” he said. “We have seen far too many violations of state wage, benefit and tax laws.

“This law will further the department’s responsibility to mitigate bad actors from misclassifying employees and lessen violations against laws previously enacted.”

Of course, saying and doing are two different things. Misclassification issues will not be solved with the signing of a bill. After all, the problem has been around for decades … but is one both parties are eager to correct.

Government works slowly, anyone in business will tell you.

Sponsors of the bills feel they have taken a step in the right direction.

“Employee misclassification has been a growing issue in New Jersey, and I’m pleased to see further legislation signed into law that combats this abhorrent practice,” he said.

“It may sound like a simple bureaucratic problem, but it is far more onerous: Misclassification results in hard-working New Jerseyans being denied basic benefits such as overtime, medical leave, unemployment insurance and safe workplaces, and their unscrupulous employers benefit. I’m confident this package of bills will go far in eradicating this practice and ensuring that our workers are treated fairly.”

Assemblymen Joseph Egan (D-New Brunswick) and Robert Karabinchak (D-Edison) said, in a joint statement, that they are confident the new laws will have impact.

“Creating a centralized office for the coordination of workforce and labor-related efforts will help ensure greater enforcement and compliance with New Jersey wage, benefit and tax laws,” they said.

“This office will oversee the preliminary review of any business seeking state assistance to make sure they are complying with necessary regulations regarding employee compensation and contributions to unemployment and disability benefits funds. Ultimately, the coordination of these efforts will prove beneficial to our state, to employees and to law-abiding businesses that deserve our assistance.”

Lalevee welcomes it as another attempt to solve the problem. A problem that’s more than a union issue. Lalavee said all anyone in business wants is a fair chance.

“It’s more about keeping people on a level playing field,” he said. “Nobody minds the competition as long as the fields are not tilted.”