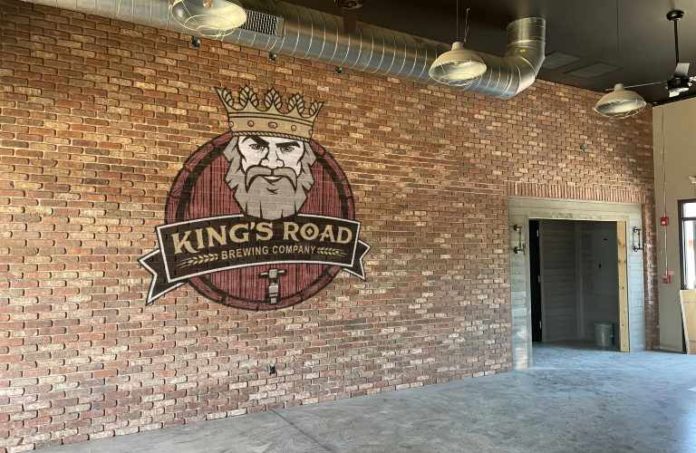 Business owner Bob Hochgertel’s decision to join other small businesses in the unique reuse of a landmark farming business in Medford’s downtown quadrant fits the narrative: He likes a good comeback story.

The 2008 recession was a different beast entirely than the 2020 pandemic downturn. But, for the Main Street businesses — mostly independent retail shops, salons and restaurants — in small townships of New Jersey, the script doesn’t read too differently.

Hochgertel got his start in Haddonfield in the wake of that last major economic recovery. At the time — late 2014, when a lot of downtown retail was still struggling — he had seen Haddonfield go from a community prized in many ways to a place where one out of three storefronts had shuttered.

“My friends and I, who are now business partners, were talking about what could change the traffic and economics in their downtown,” he said. “Eventually, we said, ‘Let’s try to bring a brewery to dry Haddonfield.’ Not only was it incredibly successful, it changed a lot of things in town.”

Boutique stores and restaurants flooded in. It became one of the many small-town revitalization stories in the post-recession economy.

In a quickly arriving post-pandemic economy, downtown small business communities are hoping to emerge with some of those same tales to tell. But, with the pandemic changing how people want to shop and dine, what worked the last time wouldn’t this time.

The King’s Road Brewing Co. that Hochgertel established in Haddonfield has no outdoor component at all. So, he and some other local businesses that also lack the outdoor arrangements that consumers might tend to continue to prefer are getting ready for a post-pandemic rebound by setting up in Medford with that feature.

“And Medford checks a lot of boxes already: It has a great downtown that’s concentrated in about two and a half blocks, and it has a really supportive community,” he said. “One thing I can tell you, speaking from my firsthand experience from Haddonfield, is that residents of these communities are very loyal to their local businesses.”

King’s Road Brewing Co. will be joined by Harvest Coffee Roastery, Whole Hog Café and other businesses in a new marketplace called the Feed Mill. It borrows a name from the former use of the historic Kirby Bros. Inc business there, which sold animal feed to local farmers.

The idea of the development, once a more-than-10,000-square-foot warehouse facility that has sat dormant for years, is to reenergize Medford’s downtown and stretch the small business hub farther out from its small Main Street.

Tristan Sylk, an investor behind the project, said the businesses leasing the building will all be accessible from a long boardwalk outside the facility. He said that, although the plans for the redevelopment didn’t involve too many preconceived notions, the pandemic did greatly inform how businesses might want to use the space.

Sylk knew all the vendors who will be tenants in the building within the next few months. The timing was right for them. They all needed space to expand and to have a space that was more pandemic-proof.

He credits the township’s leaders in being able to bring the vision to — soon — a reality.

“At face value, it might look like it was the tenants and myself who pulled this together, but it was in no small part due to the township of Medford,” he said. “They were all-hands-on-deck in trying to make this possible.”

It’s also a fulfilled dream for some of the businesses participating in the downtown revitalization. It certainly is for Maranda Burns of Peewee’s Ice Cream, one of the vendors that will be on a detached portion of the transformed warehouse.

She was going on 12 years of being a professional pastry chef when she lost a full-time corporate pastry chef job in Philadelphia during the pandemic.

“At that time, we were making about 40 pints of ice cream a week to sell at farmer’s markets as a side project, and, when I lost my job, I decided to invest more time and money into the ice cream business to see what would happen,” she said. “We grew from selling the first year 40 pints to last year selling about 200 pints a week.”

At the end of last summer, excited about the momentum she and her partner had gained, she was introduced to the Feed Mill concept by Sylk.

“And we just thought it was an amazing start to be by these businesses,” she said. “We could all collaborate and work together and create a one-stop shop to bring even more traffic and businesses to the area. It’s a place with free parking, where everything is walking distance, and they’re even putting shops in behind us. It’ll be a great place for people to spend the day.”

Reliance on foot traffic during the pandemic was something of concern to her at first. But she said she found comfort in the idea that the building was being designed with open-air touches, such as set of garage doors that can open and double the space with outdoor seating arrangements.

Before she hosts her grand opening in the space, she’s still selling ice cream — up to 250 pints a week now — at farmer’s markets.

“We’re just excited to be part of the community in Medford,” she said. “They have a lot of events. And now that we’re kind of post-pandemic in this area, we’re starting to do some food truck events. We’re glad to be part of this little hub.”

She and Hochgertel both cited other ongoing developments in Medford, including new condos, apartment complexes and art studios, that they expected to spur economic development for the township.

For Hochgertel, it’s all part of a local pandemic comeback story that’s already being told.

“As awful as the pandemic has been, and it has been the most horrible thing in my lifetime, we have also learned a lot from it,” he said. “We’ve learned what’s necessary and unnecessary for a business, and it has also brought into focus peoples’ preferences. So, I think, if a business can get through something like that while still financially healthy, you’re poised to do well going forward.”