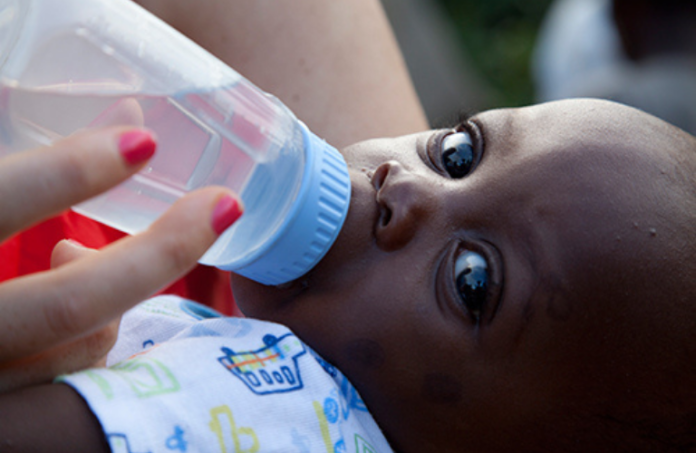 Haiti has been in a state of unrest since its president, Jovenel Moise, was assassinated nearly a week ago.

“The tensions in the country are high,” Mike Maron said. “There is a lot of fear. And when people get afraid, everything is unpredictable. It’s a harsh land and the people there can be merciless when they act on fear.”

Maron, the CEO of Holy Name Medical Center in Teaneck, knows the country better than most. He has been traveling there on a regular basis for more than a decade, helping to run Hopital Sacre Coeur, the hospital Holy Name took over shortly after a devastating 7.0 earthquake hit the island in 2010.

So far, Maron said, the Milot region where Hopital Sacre Coeur is located has avoided much of the turmoil in the country.

The true test, however, will come later this week, when the regularly scheduled 40-foot container of goods that Holy Name sends to the hospital – a shipment containing medical supplies, building materials, even food – reaches customs at the port in Cap-Haitien.

“Everybody there knows our importance, so they’ve never given us a hard time with our containers,” he said. “This will be the true test of how unstable it is. If it gets through customs, which we think it will because our influence there is still strong, we’ll be OK. If they hold it up for any reason, that’ll be a disaster. And it will signal just how unstable the place has gotten.”

Maron spoke with ROI-NJ about the situation in Haiti and how it impacts Hopital Sacre Coeur, a hospital that not only has established itself as a center for health care but as an economic engine for the area. It employs more than 500 residents.

As of now, Maron has hope. But it’s matched with uncertainty.

“This is, by far, the worst political event in Haiti since we’ve been involved with the hospital,” he said. “But everybody knows, including the politicians, the benefit of the hospital to the region. And it’s apolitical, so we’re hoping we can fly under the radar and wait to see what happens with the rest of the country.”

ROI-NJ: How – and when – did news of the assassination reach you?

Mike Maron: My phone began blowing up early in the morning. I have a lot of contacts down there. People began reaching out right away. There was a lot of concern.

ROI-NJ: What is the mood at the hospital or in the Milot region, which is about 90 miles from Port-au-Prince, the capital.

MM: It’s scary. It’s unsettling. There’s no doubt about it. Right now, the hospital itself is OK. The town and villages that make up the region that we serve are all relatively calm. In many regards, Haiti is two different countries. Port-au-Prince is like a war zone. But we’re all the way in the north, in a rural area, about as far away from Port-au-Prince as you can get.

There’s a calmness in our area because the people know how important the hospital is to their overall livelihood. It’s not just a hospital, it is the sole economic engine for the whole region. Everything trickles down from the hospital. So, there’s a calmness, but there’s fear.

ROI: There’s also a history that does not necessarily bring comfort.

MM: Absolutely. This void in leadership brings back scary times for the older Haitians – the Papa Doc days. So, fear is thick in the air, there’s no doubt about it. People are just cautiously waiting to see what ultimately unfolds. They know when the lust for power gets overwhelming, there can be a lot of collateral damage.

(‘Papa Doc,’ Francois Duvalier, was a totalitarian leader who ruled the country from 1957-71. He was succeeded by his son, ‘Baby Doc,’ who ran the country until he was overthrown in 1986.)

ROI: Describe the hospital’s relationship with the Haitian government?

MM: We’re 100% self-sustaining; we get no support from the country at all. We generate our own electricity. We pump our own water at our own wells, we get rid of our own garbage. There is no infrastructure support whatsoever.

The single-biggest concern at the moment is fuel supply. We generate our electricity through generators that run off diesel fuel – and we buy diesel fuel in the country. That’s one of the things that they are threatening to hold up. If we can’t get our fuel delivery, that creates all sorts of problems.

We already have started making contingency plans. We keep the tank topped off to make sure that if, or when, supply stops, we’re at least at our max – and then we’ll go into power-conserving mode. For us, this is the single-biggest issue. Everything else is OK.

ROI: You’re trying to help run the hospital from Teaneck. How is that working?

MM: Normally, I would have a once-a-week call with the leadership there. Now, I’m having daily communications to make sure everything’s okay.

ROI: Are you preparing to go down there personally?

MM: I actually just got back two weeks ago. And I was planning on going down again. But no one – family, friends, co-workers – wants to see me go down right now because of this environment. It’s an all-time-high safely alert. Kidnappings are at an all-time high. And the fact that some of the alleged assassins had American ties doesn’t bode well for U.S. citizens there, either.

I know that within my region of about two and a half million people, most people understand my importance to the hospital and the hospital’s importance to them. If I went down, I would be highly guarded and cautious, more than normal, but I would still feel relatively safe. That said, I have no plans to go.

ROI: Of course, there’s no telling how long this unrest will last. It could be a few more days, a few more weeks or a few more years? How concerned are you that this will not be a short-term situation?

MM: That’s my biggest fear. They’ve had all sorts of unrest and political upheaval in the past, but there was always a designated leader at the helm. That vacuum is going to unleash a huge amount of rival individuals and gangs who want to fill that void. And so, if there’s no outside intervention from the U.S. or the United Nations to maintain the peace, the country very quickly could fall into total chaos because of these warring factions.

ROI: It must have you glued to your phone?

MM: Right now, it’s very stressful. We’ve put a lot of time and effort and resources into this. We just want to make sure it stays safe so we can continue to serve the people.