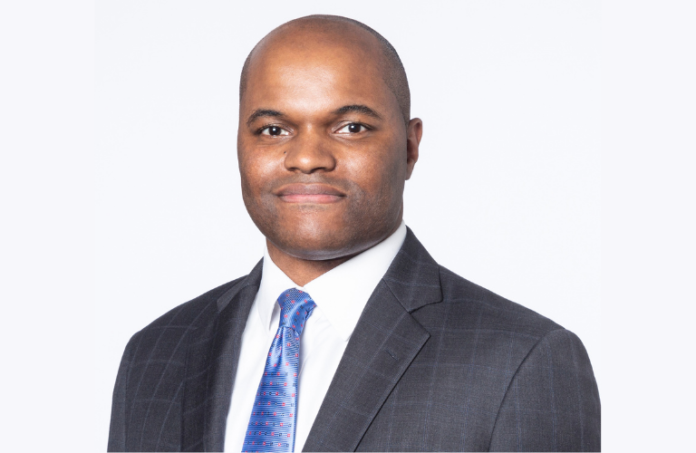 Matt Baker remembers when he got his “Name, Image and Likeness” check a few years back. He was a defensive back at Yale (class of 2006) who had an unheralded career (he was the nickel back his senior year). But because video games made it possible to select Yale in their NCAA football game – and they had a player on the team that had his number and looked like him – he was due compensation.

Baker said he doesn’t remember the amount of the check – “It wasn’t life-changing money,” he joked, “maybe a few hundred dollars” – but he does remember thinking, even back then, that it didn’t add up.

“There were legitimate questions about whether someone like (Florida QB) Tim Tebow, who obviously would have been able to earn much more through the use of his name, image and likeness than someone like me, should get more out of the settlement.”

Tebow, the Heisman winner and pop culture icon, would now be able to earn thousands – potentially millions – under the new NIL rules that were adopted earlier this month. They were the ultimate end result of a suit filed by former NCAA men’s basketball star Ed O’Bannon in 2009 that reached the U.S. Supreme Court in 2016.

College players of all talents and in all sports have been signing endorsement deals big and small this month.

But that doesn’t mean the situation isn’t still filled with questions. In fact, there may be more now than ever. That’s why ROI-NJ spent some time with Baker, council at Genova Burns in Newark, and chair of the non-profit, Lead New Jersey, to get his thoughts on the changing rules around college athletics.

ROI-NJ: As a former athlete, when the court decision that enable athletes to make money from their name, image and likeness – or, more so, prevented colleges from preventing them from doing so – what was your initial reaction?

Matt Baker: That this was a clear win for NCAA athletes – and a clear win for athletes of all sports. I think a lot of times when we talk about NIL, whether it’s because of the O’Bannon lawsuit or the prominence of NCAA football video games, we usually think about men’s basketball and football.

But I was thinking this represents a good opportunity for athletes who play other sports that don’t get much attention. Maybe it’s a dominant pitcher on a women’s softball team. Maybe it’s a world-class fencer or rower. Those individuals now will be able to have opportunities that had been closed previously.

ROI: Give us some of the scenarios you’re thinking about?

MB: From what I’ve seen, there’s likely going to be a rule that schools can prevent their athletes from contracting with someone that that might conflict with one of the school’s endorsements contracts.

Then the question becomes: What happens during voluntary summer workouts or voluntary lifting sessions during the season? And what happens if an athlete gets injured while they’re doing something pursuant to an endorsement contract for the other brand?

ROI: As we’ve seen, it also raises the question of whether a school can make that rule in the first place, correct?

MB: Correct. The policy is not even a month old. It’s going to generate those types of questions. I would be surprised if someone doesn’t challenge that rule. And if you take a broad look at the judicial rulings that have been issued by various courts regarding the NCAA over the past 10 years, and if you look broadly at the legislatures that have passed laws prohibiting the NCAA from prohibiting athletes from capitalizing, it certainly seems that the direction things are headed is toward more economic freedom for athletes.

It seems that any restriction that the NCAA places on athletes’ economic freedom that it doesn’t place more generally on students’ economic freedom is probably going to be scrutinized to an extent that we have not yet seen. Candidly, all of these rules are going to get tested now.

ROI: Let’s turn to the lawyer side of you: Do you see red flags in any of the contracts that athletes are signing? Here’s an example: A Miami businessman, a gym owner, wants to sign every player on the University of Miami football team, essentially giving them all $500 per month. Is that legal?

MB: This is going to be one of the interesting aspects going forward: How does the NCAA, how do the colleges, how are states going to enforce their new laws.

If something like what happened in Miami were to happen in New Jersey, my first thought would be: That sounds like a no-show job. It’s not exactly clear what services each player is providing. So, if you’re going to announce something that broadly, then you probably want to give at least gives some indication as to what services are going to be expected in exchange for that $500.

It’s going to be up to the NCAA, and maybe even up to the states, to look at these transactions and say, ‘Is this legitimate? Is this bona fide?’ Or is this an illicit booster deal, where they’re really being paid either for performance or as some sort of an inducement.

ROI: Put your athlete hat back on. Do you think these deals are going to be an issue of jealousy in the locker room? Afterall, the star player is going to get more than the substitute.

MB: Some of that dynamic already is there. For example, which players get asked to be interviewed after the game. So, I don’t anticipate huge issues from that. The more interesting scenario to me is one where big endorsement deals don’t go to the players who were the most impactful on the field, but the players with the largest social media accounts. That’s a dynamic that hasn’t been introduced into locker rooms.

ROI: Overall, do you think this will have a dramatic impact on college sports?

MB: I think it’s a good thing, but I also would venture to say it’s not really going to change the college experience for many athletes. They’re going to play their sport, but unless they really distance themselves as far as their playing ability, they’re most likely not going to land big deals.

The NCAA’s prohibition on their ability to capitalize on those talents was always a little bit suspect. If someone wants to put their face on an ad for a business – something that doesn’t have anything to do with how well they play, that doesn’t have anything to do with know how well they represent their school – why does that jeopardize their eligibility? Now, it no longer does.

That could have a major impact.

MB: I think this is running headlong into the trend of leaving college early for the pros. One of things I’m interested in watching develop is how this changes the economic incentives for players who would otherwise leave early. Someone like (former Duke men’s basketball star) Zion Williamson. If he can go to Duke and still get millions of dollars of endorsement deals, that lessons the financial incentive to leave college early. It doesn’t eliminate it, but it lessons it. People who win the Heisman or Player of the Year can now think about coming back. Maybe they can make more in college than they would on their rookie contract. Maybe they actually like being college.

ROI: Last question: If a college athlete comes to you looking for advice around NIL, what would you say?

Your endorsement of a particular product is going to be with you certainly for the foreseeable future – and maybe even for the rest of your life. I’m not saying it’s going to be a life-changing decision when you decide to endorse a particular brand of sweet tea or something like that. But there are scenarios where it may be long lasting.

These are decisions that are being made by young adults – they may be 19, 20 or 21. They are going to need guidance.