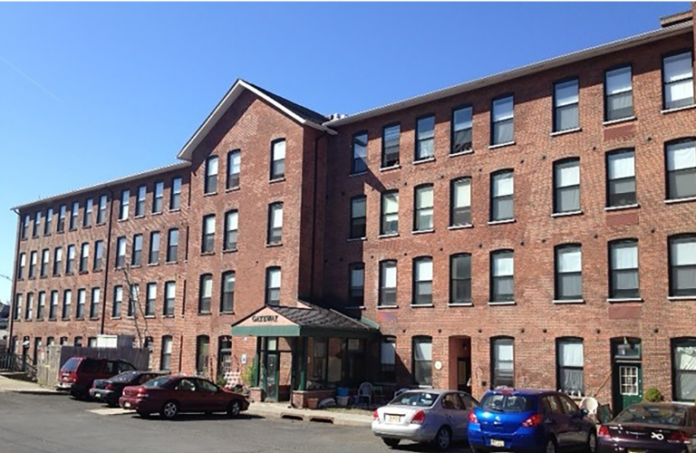 The Merriam Gateway Apartments in Newton, a multifamily property with 101 units and 10,000 square feet of commercial space, was purchased by The Cobblers Loft, LLC for $22,580,000, the Kislak Company announced Wednesday.

The sale of the multifamily property, at 69-75 Sparta Avenue in Newton, is believed to be the largest multifamily sale in the history of Sussex County.

The property was renamed The Cobblers Loft following the closing.

The Cobblers Loft, LLC, which is an affiliate of Blue Diamond Equities, LLC.

The property, a historic four-story elevator building, was a once a shoe factory that was converted into an apartment building. The residential unit mix includes eight studios, three studios with lofts, 75 one-bedroom apartments and 15 two-bedroom apartments. Amenities include on-site parking and laundry facilities.

The property is located one mile from downtown Newton, which is approximately 60 miles west of New York City. At the time of closing, the property was 95%+ occupied.

“The offering garnered a tremendous amount of interest from investors since it is rare that a 100+ unit property under an hour from New York City not subject to rent control becomes available,” he said. “This was a true valued add opportunity as the rents are on average 25% below market in an ideal location.

“The property sits across from the world headquarters of and adjacent to the future campus of Thorlabs, which is adding approximately 4,000 new employees to the area. The purchaser was quick to capitalize on these benefits and in the midst of the pandemic, a deal was made.”

Lupo said the sale is an example of the strong investor demand for income producing properties in northwestern New Jersey.

“While cap rate compression continues across the state, the opportunity to acquire larger assets in more tertiary markets is becoming increasingly attractive,” he said.