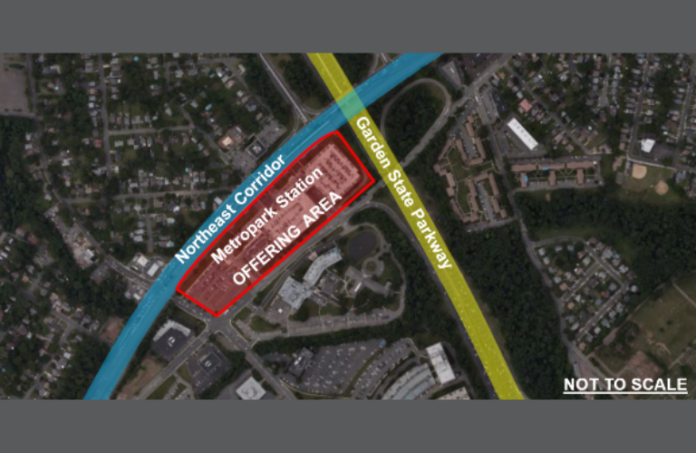 The Murphy administration and NJ Transit continued their efforts to advance a transit-oriented development project on 12 acres of land directly adjacent to the Metropark Station in Woodbridge by releasing an RFP to the four finalists to land the project.

The site is envisioned for a transformative mixed-use development that is strategically phased to create a new community of place centered at the transportation facilities.

Last year, NJ Transit solicited Statements of Qualifications and Expressions of Interest in the parcel of land next to the Northeast Corridor Line, one of the busiest rail and bus stations in the NJ Transit system. Because the process is ongoing, NJ Transit officials said they are not able to reveal the name of the four finalists.

Facilitating the development of TODs one of the five goals in NJ TRANSIT’s 2030 10-year Strategic Plan, through which the agency is promoting a more sustainable future for our planet through the development of walkable communities, engaging in adaptive reuse of property to maximize its value and fostering a green economy by reducing emissions related to transportation.

Gov. Phil Murphy and a host of other officials weighed in on the announcement.

“Transit-oriented developments are key to New Jersey’s economic future,” Murphy said. “NJ Transit’s innovative efforts on this front are welcome as demand for housing continues to be at historic highs in New Jersey. This development will create brand new housing that is connected to New York City and other key economic centers in our area.”

“For NJ Transit, the development of TOD communities not only means new opportunities to generate revenue and optimize the agency’s real estate around our public transportation hubs throughout the state, but also to meet the state’s economic and environmental goals,” he said. “NJ Transit knows how transformational this development will be for the Township of Woodbridge and is proud to facilitate the advancement of this important project.”

“With the Northeast Corridor running through Metropark Station, NJ Transit’s development will be an asset to the local economy, our commuters, and in reaching our environmental goals,” he said. “In supporting greater walkability in and around the area, it’s my hope proposals will strive to seamlessly integrate new sustainability-focused development alongside existing residential areas for a cleaner, healthier, and revitalized community that works to the benefit of every resident.”