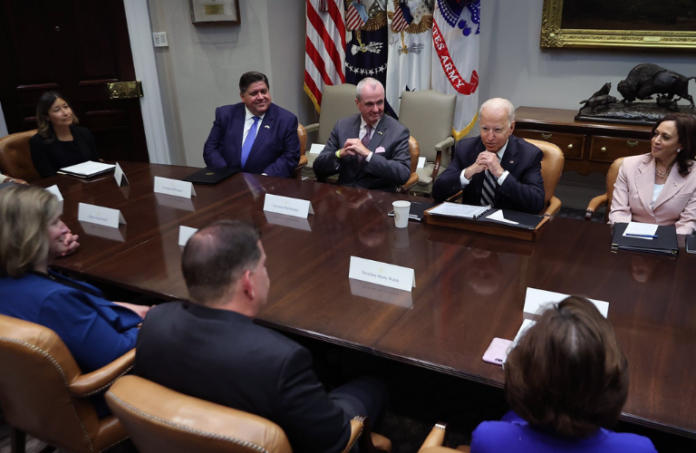 Gov. Phil Murphy, in his first trip to Washington, D.C, since the inauguration, said the proposed $579 billion infrastructure bill would be a ‘game-changer’ for New Jersey.

Murphy, after meeting with President Joe Biden and a host of other leaders from around the country, told NBC news New Jersey may benefit more from an infrastructure bill than any other state.

“It’s incredibly important,” he said. “We’re the densest state in America in the densest region in America and we have a disproportionate share of legacy assets: Road, bridges, rails, tunnels. We’ve got two tunnels under the Hudson River that were built in 1910. We need to build two new ones.

“I’m sure an infrastructure bill is important to all American states, and I’m honored to be here at the White House to have that discussion, but I know for sure it is a potential game-changer for New Jersey.”

The proposed bill was agreed to by a bipartisan group of lawmakers but has yet to pass through Congress. Some members of Congress have stalled the bill, worried about the cost.

Murphy said the country needs to take on that burden – one it has in generations.

“The needs are overwhelming,” he said. “The last time America really focused in a comprehensive way on infrastructure was 70 years ago. And a lot has changed.

“I just think it’s such a bipartisan opportunity. Yes, you want to do it in a fiscally responsible way, but getting the shovels in the ground, building those new tunnels, bridges, roads, you name it – they’re game-changers.”

Murphy said New Jersey would even benefit from a part of the bill that is meant more for rural America – a push to increase broadband access.

“Even though we’re the densest state in America, we have some real rural counties that would really benefit enormously from these investments,” he said.

“This is one of those moments that we’ve got to trust each other and jump into it.”

N.J. borrowing: Why actual amount could be far lower than what...