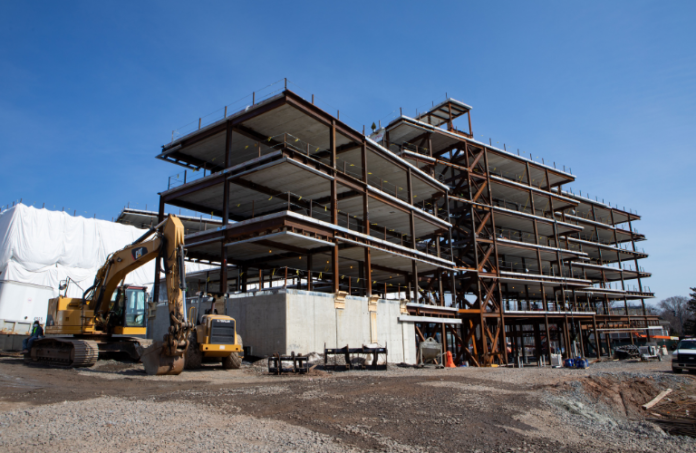 Princeton University affirmed its commitment to increasing supplier diversity this spring – and did so in a big way.

This week, the school announced that $430 million bonds were issued in April through a partnership with the New Jersey Educational Facilities Authority – and that the school worked with the EFA to ensure that approximately 50% of those bonds are being invested and managed by a diverse-owned asset management firm.

Ramirez Asset Management of New York has been selected to manage a substantial share of the bond proceeds, with PFM Asset Management separately investing the balance, Princeton officials said.

The appointment of Ramirez Asset Management is historic. It marks the first time EFA worked with an educational institution (Princeton) and an investment manager (PFM Asset Management) to ensure a portion of bond proceeds are invested by a diverse-owned firm.

Princeton officials say the collaboration is one example of Princeton’s supplier diversity initiative to support more businesses owned by people of color, women, veterans and members of the LGBTQ+ community.

“This is a major milestone for Princeton University and for the New Jersey EFA,” Princeton’s Associate Vice President for Treasury Services Tim Graf said. “Princeton is in a unique position as a well-respected leader in higher education and as a global institution. It is our hope that this model will encourage other universities to similarly think creatively, expanding existing relationships with minority, women or veteran owned firms.”

Princeton Vice President for Finance and Treasurer Jim Matteo said the university’s ongoing commitment to address systemic racism includes diversifying with whom it does business. Cultivating new partnerships with diverse-owned financial firms is one goal of the Office of Finance and Treasury’s Supplier Diversity Plan.

“The university is committed to forging financial partnerships that will not only have positive impacts on growing and preserving our financial resources, but also help build wealth in diverse and under-represented communities,” Matteo said. “I am proud that Princeton’s commitment to diversity extends to this aspect of addressing structural inequality.”

“I applaud Princeton University’s commitment to the inclusion of diverse firms in its investment management needs,” Ramirez said. “We are honored to partner with Princeton and appreciate their support of minority-owned business enterprises and overall commitment to diversity, equity, and inclusion.

“RAM is part of the oldest Hispanic investment firm in the U.S., with a 50-year-history and is proud of our long-term track record of investment outperformance. We look forward to our relationship with Princeton and believe this type of partnership, which facilitates growth for RAM and Princeton, can serve as a model for other institutions.”

The news was well received in the Black business community.

John Harmon, the head of the African American Chamber of Commerce in New Jersey, said action such as this have real significance.

“This is potentially a game changing announcement, given the lack of intentional investment in underperforming communities and people therein has resulted in billions of dollars of missed opportunity,” he said. “We at the African American Chamber of Commerce of New Jersey applaud this action by Princeton because its impact will have a positive effect on neighboring communities and the overall competitiveness of our state.”

Harmon said the state needs others to follow this lead.

“We need other institutions, corporations and philanthropist to consider a similar approach if their goals is to make a transformational and sustainable impact in communities that have an abundance of potential but lack investment of resources,” he said.

Jacob Walthour, the head of Blueprint Capital Advisors – which is in litigation with the state over issue involving the oversight of the state’s pension fund – said he hopes the state will follow Princeton’s lead, too.

“I applaud Princeton’s commitment which will have a significant impact on asset managers and communities of color. I can only hope that their positive leadership inspires the New Jersey state pension to stop talking and do the right thing,” he said.

New Jersey Secretary of Higher Education Brian Bridges saluted the partnership between Princeton and the EFA.

“I applaud these efforts to incorporate equitable, inclusive policies that not only bolster New Jersey’s economy but can serve as a model for other institutions considering how to implement diversity goals, particularly for women and communities of color,” Bridges said. “This commitment to and appointment of minority, women and veteran owned businesses in these roles is key to reinforcing these principles and signifies major steps in effectuating change in the bond fund asset management arena.”

The inclusion of Ramirez Asset Management as a sub-adviser in the Princeton issuance was not the only diverse-owned business included in the bond issuance, as both the financial printer and the verification agent used by EFA were diverse-owned firms.

Additionally, the underwriting firms comprising the two winning syndicates for the bonds were among the most diverse in recent memory: of the 25 firms across both series, 13 were minority, women, veteran, or service-disabled veteran-owned firms.

Steve Nelson, director of project management at the N.J. EFA, said this type of distribution is becoming more common.

“The authority has been using more minority, women, and veteran-owned firms in its transactions than ever before,” he said.

The EFA is New Jersey’s primary issuer of municipal bonds to finance the development of campus facilities at public and private colleges and universities.

The Princeton bonds issued through the EFA were authorized for the purpose of financing, in whole or in part, the costs of the acquisition, construction, renovation and installation of capital assets. This, in part, includes campus construction that will support the expansion of the undergraduate student body.