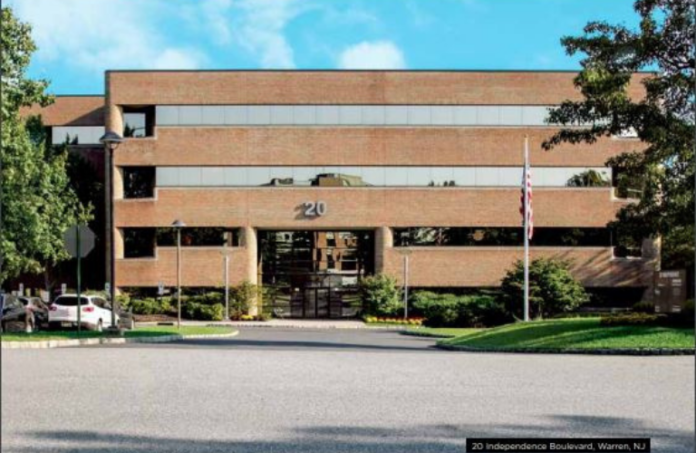 A Cushman & Wakefield team of William O’Keefe and Raymond Trevisan represented the landlord, Senlac Ridge Partners, in the transaction.

Evercore is one the world’s fastest growing independent investment banking advisory firms. Over the last 10 years, it has grown revenues at greater than a 20% compounded rate.

The firm has approximately 1,800 employees in 11 countries and says it has advised on more than $4 trillion in M&A transactions since it was founded in 1995.

O’Keefe said the location makes sense for the firm.

“Warren has attracted many of the region’s most successful and prominent corporations in a diverse variety of industries,” he said. “20 Independence offers a prime location, full-service cafeteria and a recently renovated lobby.”

The Central Jersey location offers immediate access to Interstate 78, as well as 287 and the Turnpike.