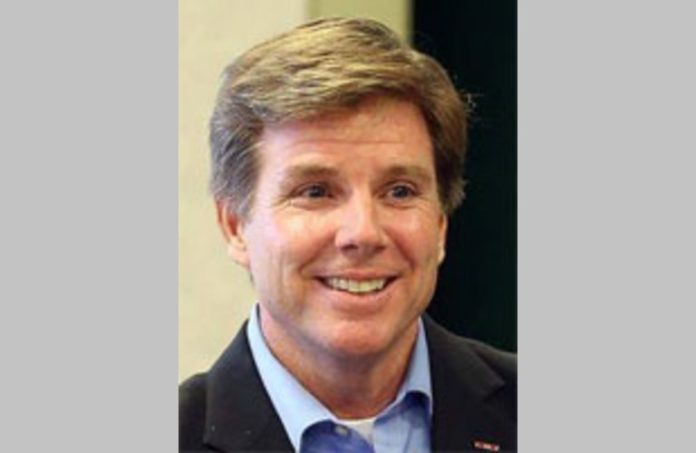 Brown (R-Linwood) will be senior adviser for Atlantic City affairs, in the Department of Community Affairs’ Division of Local Government Services. In this newly created position, Brown will lead state initiatives in the city, including efforts to improve public safety, diversify the economy and create jobs, and improve social services, the state said.

“Chris is deeply committed to improving the lives of those who call Atlantic City home, and he will be a tremendous asset for the administration as we further strengthen the Atlantic City economy and improve quality of life,” Murphy said in a prepared statement. “I look forward to working together to address issues like economic growth and public safety. With Chris in this new role, and with (Lt. Gov.) Sheila (Oliver) at the helm of DCA, the future of Atlantic City has never looked brighter.

Oliver serves as DCA commissioner in addition to her role as lieutenant governor.

“I couldn’t think of a more qualified person to join DCA to assist with furthering the state’s efforts in Atlantic City,” she said in a statement. “Chris has been a strong partner in our ongoing work in South Jersey. I look forward to working together to continue to stabilize the city’s finances, strengthen and diversify the economy, and tackle longstanding challenges such as poverty, unemployment, public safety and public health.”

Brown, whose first day in the new role is Tuesday, has spent three years representing the Second Legislative District, which includes Atlantic City. He also served three terms representing the district in the Assembly. He is an attorney by profession, and a decorated Army combat veteran.

“I want to thank Gov. Murphy and Lt. Gov. Oliver for the opportunity to serve the families of Atlantic County,” he said in a statement. “Gov. Murphy and I share the same belief that, if you put aside ego and party labels, we can accomplish great things to help working families. I know from working with Lt. Gov. Oliver since 2012, when we served together in the Assembly, (that) she is fully committed to seeing Atlantic City succeed, which is why I am eager to get started.”

NJAWBO brings in Agudosi to talk about state contracting opportunities for...