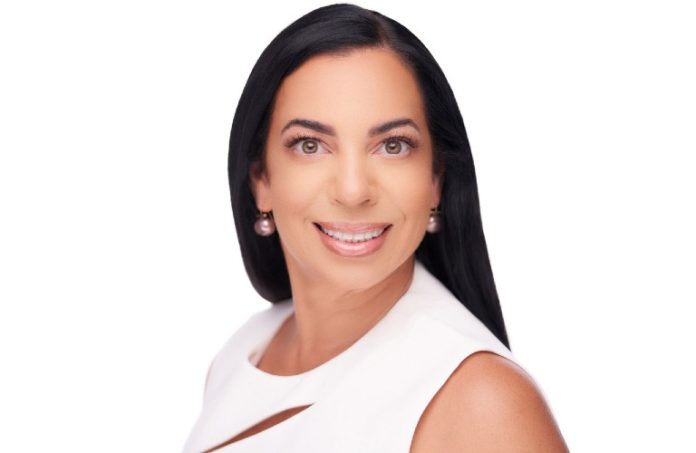 Elisa Charters, a first-generation college student-athlete who attended New Jersey Institute of Technology with support from its Educational Opportunity Program, has been appointed to the NJIT board of trustees, the school announced Tuesday.

Charters, who earned both bachelor’s and master’s degrees from NJIT, is a Latina advocate known for being a stalwart for diversity, equity and inclusion. She is a principal in the consultancy EAC Business International and president of Latina Surge, a national nonprofit advocacy organization that she co-founded in 2015.

She has served on the board of advisers of the Martin Tuchman School of Management at NJIT since 2014. This year, she became a charter member of its Hispanic and Latinx Leadership Council.

The council, which partners with corporate leaders and prominent community and professional organizations like the Statewide Hispanic Chamber of Commerce of New Jersey, seeks to enroll more Hispanic and Latinx students and fuel NJIT’s drive to earn the federal designation of being a Hispanic-serving institution.

“I cannot express how extremely proud I am in this moment — as a daughter and first to attend college, as a mother of a daughter and son, as a wife of an NJIT alumnus (Brian Charters ’93) and, most especially, as a Latina advocate and professional representing other multicultural women who led before me and those who will follow,” she said.

NJIT officials said Charters personifies NJIT’s actionable goals in its strategic plan, as the university works to achieve diversity, equity, inclusion and belonging across its core priorities of students, faculty, research, resources and prominence. Charters is the third Latina to serve on the board, and NJIT President Joel Bloom said the appointment represents another concrete step toward progress.

“The trustees and I look forward to the significant contribution that Elisa will make,” Bloom said. “She embodies the best of NJIT: smart, driven, passionate and a champion of diversity, equity and inclusion. And Elisa’s dedication to her alma mater is exceptional.”

Beyond her degrees at NJIT — a bachelor’s in environmental science/science, technology and society in 1992 and a master’s in environmental science/chemical engineering in 1993 — Charters holds a master of international affairs from Columbia University’s School of International and Public Affairs, a graduate certificate in commercial real estate, development and finance from New York University, professional certification in diversity and inclusion from Cornell University’s ILR School and ABA paralegal accreditation from Fairleigh Dickinson University.

The new trustee’s board experience also includes serving the Essex County Planning Board; Columbia University’s Task Force on Belonging; the Latino Alumni Association of Columbia University, where she is president; the board of advisers of the Feliciano School of Business at Montclair State University; and the board of regents at Delbarton School. She’s passionate about volunteering to serve women and children at risk, as a global network leader within the Lean In organization, a sustainer of the Junior League of Montclair-Newark and a delegate of the Latino Action Network.

Gov. Phil Murphy’s appointment of Charters to NJIT’s board marks her third gubernatorial appointment. She previously served as vice chair of the board of directors of the New Jersey Health Care Facilities Financing Authority under Gov. Chris Christie and on the New Jersey Minority and Business Advisory Board under Gov. Jon Corzine.

Earlier in her career, Charters spent 14 years at the Port Authority of New York and New Jersey, which hired her directly from NJIT’s Career Services. While there, she held a series of progressively responsible roles — from management fellow to lead negotiator for site acquisitions and operations in the redevelopment of the World Trade Center and, ultimately, assistant comptroller for Port Commerce financial services. She also served as president of the Port Authority Hispanic Society, a Latinx employee affinity group.

Charters begins her term as a trustee this month. NJIT’s 15-member board is chaired by alumnus Robert C. Cohen, the president of digital, robotics and enabling technologies at Stryker.