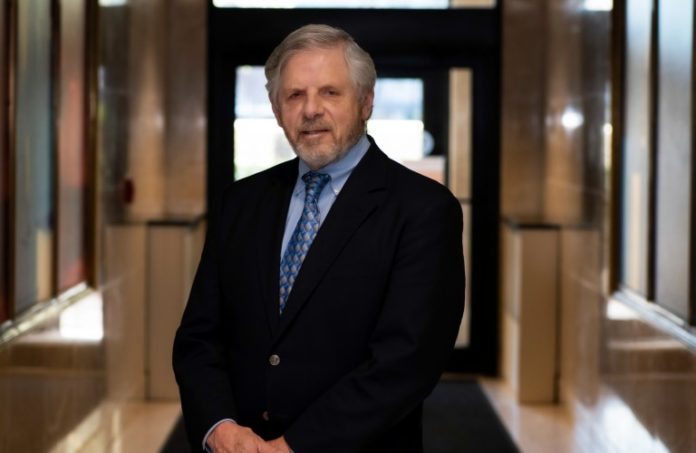 Pillar College President David Schroeder is stepping down and assuming a new role as chancellor of the Newark-based evangelical college, it announced Thursday.

Schroeder will serve as the college’s president until Aug. 31, or until a successor can take office, according to a news release. Once he assumes the role of chancellor, he will focus on external activities, particularly in development.

“Pillar College is blessed to have an outstanding board of trustees who will choose a great leader for Pillar’s great future,” he said in a prepared statement. “I am eager to work with them and my successor to continue this work for the glory of God.”

Schroeder has been president since 2007, joining the school after 12 years as president of Nyack College. He hopes to focus more attention on his discipleship ministry through MasterWorks Inc., the school said, as well as continuing his work with pastors and local churches.

Pillar noted Schroeder has achieved many goals as president, including growing the school from 125 students to more than 700 studying at five New Jersey campuses. He also initiated LEAD, the school’s adult accelerated degree completion program, gained Middle States accreditation for the college in 2010 and leading the school’s comeback from devastating damage during Hurricane Irene.