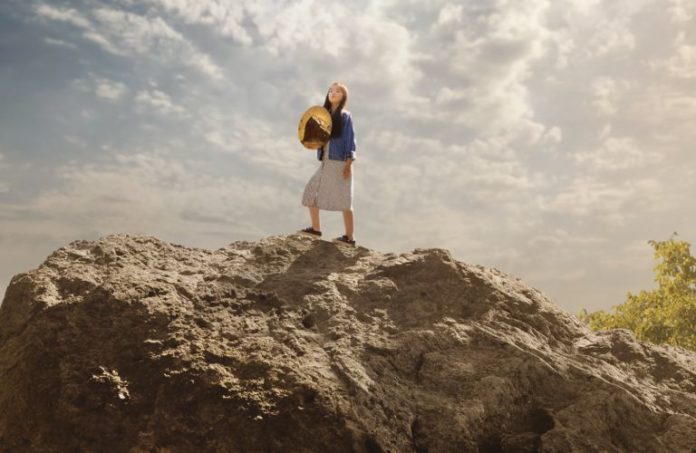 Those watching the Opening Ceremonies of the Tokyo Olympics might get a flashback to their sports-viewing past.

Or, at least, a new look at Prudential Financial’s iconic symbol: the Rock.

The company, which for years featured “Get a piece of the Rock” ads during sporting events, has an updated slogan that will begin airing Friday night.

“Who’s Your Rock?” the company will ask in a 60-second ad that will premier during the ceremonies and serve as the start of an international campaign that Prudential officials hope will reestablish the company’s iconic Rock as a symbol of financial strength and resilience.

It’s the first time in a decade the company has used the symbol in its advertising. The Rock symbol was first used in Prudential advertising more than a century ago. The Rock, of course, is the nickname of the Prudential Center in Newark, too.

Susan Somersille Johnson, Prudential’s chief marketing officer, said the symbolism of the Rock is strong — and something the company wants to tap into.

“We want to reestablish the significance of the modern Rock and what it stands for in people’s lives,” she said. “Ultimately, it signifies finding our sources of strength during these extraordinary times, and that our customers can rely on us.”

Somersille Johnson said the move marks a renewed emphasis on the company’s rock-solid financial solutions, planning and investments, supporting people to find their “rocks” as the importance of strength and resilience endures — especially as financial security remains an elusive goal for many.

Research indicates that more than 2 in 3 Americans (68%) express concern about their financial futures, and 62% are anxious about their current finances, paying off debt (54%), covering everyday expenses (52%) and spending on health care (56%), according to a poll commissioned by Prudential.

“The Rock symbolizes our purpose of making lives better by solving people’s financial challenges. It’s the force that propels us forward to focus on customer needs, and to drive growth for our clients, employees, and investors,” he said.

The ad will air in major markets across the U.S., including New York, Philadelphia, Boston and Washington, D.C.

The campaign is just one way Prudential will be visible at the Olympics. The company also is sponsoring a U.S. group making its debut at the Games: the U.S. Climbing Team.