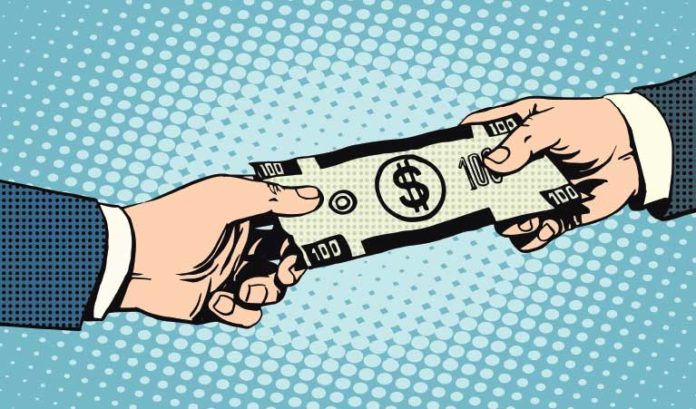 One early study seems to show that taking away the extra benefits does not necessarily lead to a surge in people taking jobs.

Twenty-five states have now taken away some or all of the extra benefits, but they have not seen in increase in employment, according to a study by Arindrajit Dube, an economics professor at the University of Massachusetts, Amherst.

The share of adults receiving unemployment benefits in the dozen states to take away benefits between June 12-19 fell sharply — by 2.2 percentage points, or a 60% reduction in unemployment rolls. But there wasn’t a corresponding increase in employment during the same time period.

It should be noted, other reports have shown the unemployment numbers in states run by Democratic governors — who have been less likely to eliminate the extra benefit — are recovering more slowly than those that have eliminated the benefit.

Breaking down this data is challenging.

It starts with the simple idea that — even in a worker shortage — it takes more than a few weeks to find a job. Especially ones that a middle-class or high-earning individual might be seeking.

Department of Labor & Workforce Development spokesperson Angela Delli Santi did not appear surprised by the results. New Jersey, of course, still is giving the extra benefits, so it did not contribute data to the findings. But Delli Santi told ROI-NJ the Labor Department is seeing different reasons for the slowdown.

“This early data shows what we’re likely witnessing is a shift in the labor market, not a lack of willingness to work,” she said. “Employees respond positively to family-sustaining wages and benefits, workplace safety and flexibility.

“While we’re glad the data validates our decisions thus far, pulling much-needed benefits from New Jersey workers’ pockets and hundreds of millions of dollars from our state’s economy was never the right choice.”

Regina Egea, the president of Garden State Initiative, said unemployment isn’t the only way to judge the economy’s recovery.

“The length of the lockdown, the attitude of the governmental leader about encouraging commerce, and COVID-19 restrictions on businesses are all factors in a state’s recovery,” she said.

Tom Bracken, the head of the New Jersey Chamber of Commerce, said it’s too early to tell the impact of keeping — or eliminating — the extra benefits.

“The $300 cut only began a month or two ago, so it’s possible the impact has not yet been felt,” he said. “Results seldom happen instantaneously. Let’s give it a few months and then reevaluate.”

“Political and business leaders need to ditch their stale economic views and understand that relief programs and benefits are not a significant disincentive to work and do not hurt our economy,” he said. “To the contrary, they are a major boon, helping workers and their families make ends meet.

“For employers who are in dire need of more workers, there is a straightforward solution — offer better pay.”

Gov. Phil Murphy did not comment on this particular study, but, earlier this month, he did weigh in on the idea that the $300 extra benefit was a cause of the worker shortage.

Perhaps surprisingly, he said the extra benefit was a factor — but he said it was only one of the reasons for the issue.

Murphy said child care, especially since children are no longer in school for even a hybrid day, is a factor. As is a fear of going back to work because of the pandemic.

Even more, Murphy said there is a new reality around work.

“You’ve got folks who have developed completely different habits of how to work,” he said.

And, he said, economists will point to confidence as another factor.

When the economy is going down, Murphy said, people get discouraged and leave the workforce. It’s different when things are good — as they are in New Jersey and in many parts of the country, Murphy said.

“When it’s going up at the rate it’s going up, (people) leave the workforce with an element of confidence that they think they can upskill themselves to a better, higher-paying job,” he said. “And you’re seeing a lot of that, I think.”

How to get out of the situation isn’t as simple.

U.S. Rep. Mikie Sherrill (D-11th Dist.) is looking for a compromise. She is one of the sponsors of the New Workers Act, a bill that would allow workers claiming unemployment benefits to still be able to collect $180 a week in benefits after finding a job.

“In order to help reopen businesses and speed up our economic recovery this summer, we must make sure we don’t disincentivize workers from returning to work,” she said July 1, when introducing the bill. “Our approach must support businesses looking to hire as they reopen, while also taking care of the workers who continue to face challenges to returning to work related to the pandemic.”

Would that work — would that be enough? We may never know. After all, as even Murphy has pointed out, the extra benefits eventually will go away in New Jersey (on Sept. 4) and everywhere else in the country.

“This is not a permanent reality,” he said.