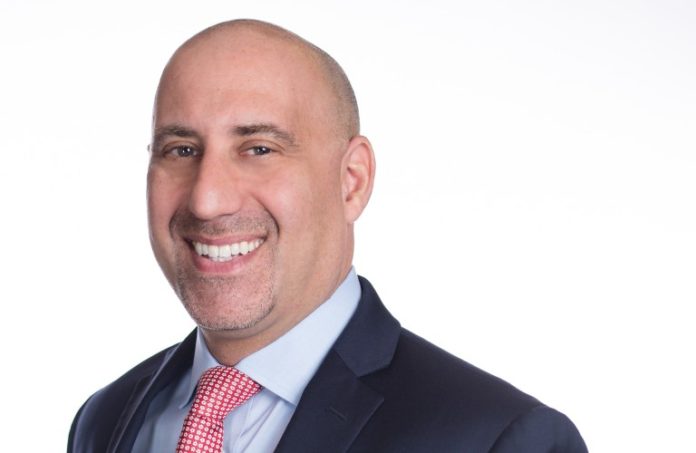 New Jersey’s gaming businesses and their attorneys are happily closing the book on a new reading of an archaic law that would’ve brought a spell of bad luck — and lost revenues — to the local industry.

The law in question is the 60-year-old federal Wire Act, which was seen for many years as only having the scope of restricting interstate sports betting operations. That was, until the Department of Justice under former President Donald Trump decided at the end of 2018 to issue an opinion stating that the Wire Act may render all forms of interstate gambling illegal.

Jeremy Kleiman, a gaming attorney and member at Saiber LLC, explained that, although the opinion didn’t have the force of law, it gave a view of how the Department of Justice may enforce the Wire Act in the future. In turn, it put the industry at risk — alongside tax revenues, which can be much higher for online forms of gaming than from in-person casino transactions.

It’s easy to tell that Genova Burns attorney Nicholas Amato — forgivably, like many in the generations that came before millennials — doesn’t know much about what’s actually going on in the video games now packing seats, thanks to today’s esports craze.

And that’s fine. He doesn’t have to understand it to see its potential.

“Esports is going to be the second rocket for the gaming industry,” he said. “It’s going to be a big boom. I mean, before the pandemic, you saw these esports competitions selling out the Staples Arena — all these people watching these young ladies and gentlemen play these sports on computers.”

So, he’s thrilled that New Jersey lawmakers have advanced a bipartisan bill to officially include esports betting in the state’s legal sports betting industry. The bill, A637, expands the definition of sporting events under the state’s current regulations to include video games played competitively.

The state, under the framework in place now, has to give regulatory approval to accept esports wagers — and it did for the League of Legends World Championship finals in 2019 at the Borgata casino in Atlantic City.

Prudential Center in Newark is set to host another event for League of Legends, one of the most popular video game titles in esports, at the end of August.

Expect Amato to prefer cheering that to sneering.

This meant a lot more than a small disagreement in legalese in 2020. That is, when the news of the spread of the novel coronavirus became everyone’s bad break.

“During COVID, a market like Atlantic City was effectively shut down entirely and all the casinos were closed,” Kleiman said. “It was only the online gambling that saved the casinos, because at least they had a revenue stream.”

It was after a 2011 Wire Act ruling during President Barack Obama’s administration (laying out, in basic terms, a path for gaming over the internet involving anything besides a sporting event or contest), that New Jersey was emboldened to begin to allow in-state online gambling.

New Jersey was among more than half the country’s states that asked U.S. Attorney General Merrick Garland, nominated by President Joe Biden, to return to that 2011 interpretation of the Wire Act and rescind the change made under Trump’s administration.

A federal district judge in New Hampshire sided with the lottery, and the U.S. First Circuit Court of Appeals earlier this year upheld that decision after an appeal. The invalidation of the Justice Department rule wasn’t pursued to the Supreme Court under Biden’s administration — the timeline to do so lapsed last month.

“For now, that’s the final word,” Kleiman said. “Although it looks like we’re right back to where we were before … the news that this would not be going to the Supreme Court, as a practical matter, closes the book on the issue. It provided some semblance of certainty that online gambling is legal under federal law. So, everyone in the industry breathed a big sigh of relief.”

The only risk for the industry now — and Kleiman said it’s very remote — is that Congress suddenly decides it’s in its interest to amend the Wire Act.

“And they could always do that if they wanted to be clear that it prohibits interstate transmission of gambling information for casino gaming and lotteries, too,” he said. “The odds of that happening? Slim to none.”

Kleiman added that he’d be remiss not to mention there are legal experts who take a different view.

“And that’s that, until there’s a Supreme Court decision on the matter, some say there’s still some uncertainty,” he said. “The idea is, if there’s a similar case in another federal circuit, the court could rule differently. I just don’t think that’s realistic.”

Nicholas Amato, an attorney in Genova Burns LLP‘s Casino & Gaming practice group, said there seems to be a general understanding that the Wire Act was intended as an organized crime enforcement tool when it was signed by President John F. Kennedy in 1961.

“He figured, by introducing this Wire Act, he could crush the mob’s financial source of income,” he said. “But he was very, very clear when he got some pushback that it wasn’t against people making honest bets. He wasn’t after any of that, and he said as much in testimony before the Senate.”

The uproar caused by the radical reevaluation of the Wire Act might be very recent in the comparatively long history of this law and its effect on the country’s gaming industry … but Amato agreed with Kleiman that the issue likely won’t continue to haunt the sector.

“Moving forward, I believe New Jersey is on solid footing,” he said. “We’ve got legislators that understand the value of gaming. … I’m not just saying that to impress anyone. They know what they’re doing. They pass and enforce the right laws, but they’re also generally business-minded.

“We have a good system, and it works.”