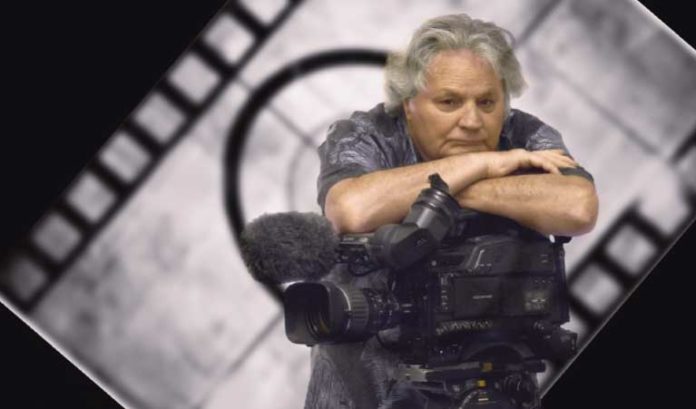 David Kaltenbach is OK with chaos. To begin with, his inspiration for getting into the world of video and film production was a cacophonous Costa Rican jungle — where he was harangued on all sides by howler monkeys.

“We were en route to the beach to go surfing,” he said. “When I went deeper into the jungle, I was just saying to myself, ‘I just wish I had a camera,’ And that’s how I started.”

But the chaos of the pandemic has been a different story entirely. For career filmmakers in New Jersey, the past year represented setbacks and standstills that didn’t do the industry professionals any favors.

This particular Little Egg Harbor-based filmmaker runs Kaltenbach Productions, a full-service video and film production company that has done documentaries, commercials and television segments since that experience in the wilds more than 30 years ago.

The local director, producer and editor wasn’t doing much of any of that, however, when COVID-19 started to cast a deadly pall over everything.

“Nothing, nothing was happening,” Kaltenbach said. “Nobody wanted anything done. Sometimes, people will even track me down and ask if I shoot weddings, which I don’t. But I didn’t even get one question about that.”

After a solid eight months of inactivity, Kaltenbach’s own experience tells him opportunities are on the upswing for a local filmmaker.

Kaltenbach, whose industry entry was doing camerawork for a cable access TV show called “Long Beach Island Live” in the ’90s, has bounced back with a new reality television show he’s working on, a video commentary on a soldier’s experience in Vietnam and another documentary on gangs in New York City’s Chinatown.

He’s also planning to travel to Israel in August to shoot B-roll — an industry term for supplemental footage cut into a film — for what’s hoped to be an upcoming movie.

At the same time, he’s still dealing with some holdover issues from the pandemic, such as manufacturing delays on needed filming equipment. There’s also some of the leftover expectation of extra precautions on a film set, including regular COVID-19 testing for everyone involved and masking. Kaltenbach expects that to be a difficulty in the industry for the time being.

“To have hundreds on a set — it can be a zoo,” he said. “So, we’re happy to be mostly working with a small crew right now. And that’s mostly because we just happen to be not doing big stuff right now. And, really, I’m happy to have work at all.”

That’s not to say New Jersey has it worse than other places. Kaltenbach still extols the state’s virtues as a place for film — and has done so long before state leaders looked to lure movie-makers with new tax incentives.

The miles and miles of Pine Barrens, the cities that can take on just about any label a filmmaker wants and, of course for him, the Shore — Kaltenbach says there’s no better or “more diversified” shooting location to be found on the East Coast.

Filmmakers can make an inconspicuous spot in New Jersey look like somewhere like Vietnam, which Kaltenbach said he’s proving in one of his projects now. In the right light, with the right eye, the Garden State can be anyplace a filmmaker wants it to be, he said.