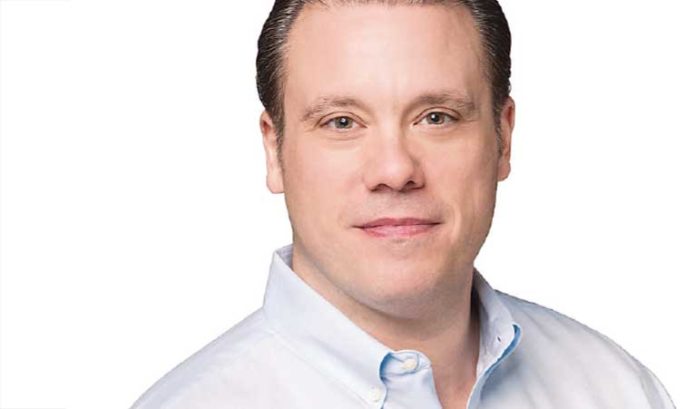 The idea for Lotto.com Inc., based in Jersey City, dates to well before 2018, when Thomas Metzger, CEO, established the startup, he told NJTechWeekly.com in a recent interview. That’s because the idea of bringing lottery sales online was already old hat in Europe.

“I certainly can’t be credited for the concept,” Metzger told us. “We here in the U.S. are about 20 years behind the European lottery industry, which has already been online for decades now. We are just now starting to dip our toe in the water, in relation to the magnitude of their sales over there online.”

According to Metzger, Lotto.com is the first digital platform in the U.S. for buying lottery tickets on any device, with no app download or deposit required. Another company, Jackpocket, has an app that New Jersey consumers can download, however.

Lotto.com announced its official launch, starting in the state of New Jersey, on June 3. At the same time, the company said that it was partnering with QuickChek, based in Whitehouse Station, the No. 1 brick-and-mortar lottery retailer in New Jersey.

Commenting on the partnership, Metzger said: “I believe that we’re going to be generating incremental players to the lottery. So, that means younger, more affluent, tech-savvy people who don’t currently play the lottery. Our goal is not to convert someone who likes their morning routine of going to QuickChek and getting a cup of coffee and buying a lottery ticket. We are very much interested in the people who, for a litany of reasons, don’t currently play the lottery. And making it convenient and secure for them.”

Metzger, who currently lives in Jersey City, decided to pitch his business to the state of New Jersey because, “New Jersey had the vision of becoming the first state to actually license what they call ‘lottery couriers.’ I like to think of us more as a digital retailer, but we’ve been stuck with this term ‘lottery courier,’ because that was what the legislation was called.”

New Jersey was the first state in the country to have a formal licensing process for digital access to lottery tickets, he noted.

“So, simultaneously, while we were developing the technology from scratch, we actually started the application process in New Jersey,” he said.

In the gaming world, New Jersey is considered the blue-chip gaming license to have, Metzger said.

“The New Jersey Division of Gaming Enforcement does a tremendous job of checking probity and doing technology checks and the like,” he said. “We felt like we should go for the first license opportunity, which at the time was New Jersey.”

Since that time, New York has offered its own licensing opportunity, Metzger noted. He added that there are a few other states that allow the model that Lotto.com is following, but they use different processes.

Metzger said that, in his dealings with the Division of Gaming Enforcement, he found the DGE to be thoroughly professional — so much so that he chose the agency to complete his company’s technology certification, as well as the required probity check into the company and its founder’s background.

According to the company’s news release, Lotto.com is actually a specialized e-commerce platform, and the platform is based on four key pillars:

Lotto.com’s headquarters are in Jersey City, and the company has an additional location in Bayonne.

“We also have a third location in New York, so we are quickly growing and we’re aggressively hiring smart, talented tech people here in the States,” Metzger said.

The development work is done in the two New Jersey locations.

The company is mostly bootstrapped, with one large private investor who prefers to remain anonymous. It is hiring — everyone from coders to online marketing experts, to customer service representatives.

Future plans for Lotto.com include expanding to other states, but not until it has conquered the New Jersey market.

“We think New Jersey is a very exciting market,” Metzger concluded. “The lottery does over $3 billion in sales yearly. If you assume that some percentage of that becomes incremental online sales, it will be a very big business.”