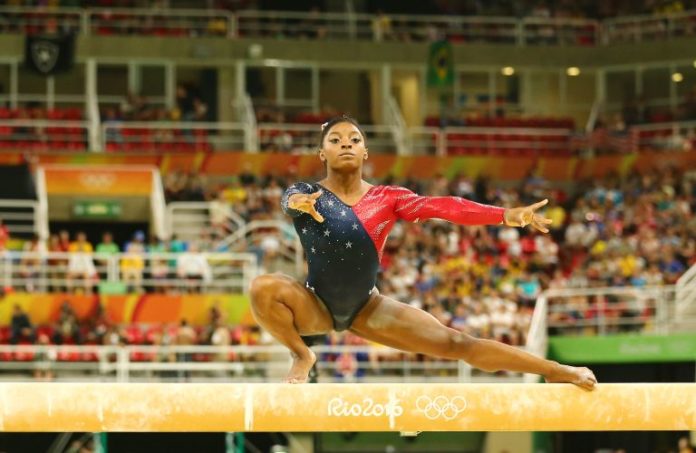 The pressure, stress and anxiety that appear to have made gymnastics superstar Simone Biles drop out of the Olympics is not a surprise to Dr. August Leming.

Those competing at the Tokyo Olympics are not just physically taxed, they’re mentally taxed, too. And it’s not just leading up to their big moment — it’s after it, too.

“At the Olympic level, especially, it’s very easy for athletes to get lost in the assumption that something magical will happen to us at the end — that something else is out there waiting for them,” he said.

The fact is, he added, that sort of fulfillment proves forever elusive.

“It has been an enlightening experience for me personally to explore the nature of accomplishment and achievement,” he said. “While those things are enjoyable, they’re not enough. If we don’t learn to celebrate the experience we’re having at this very moment — there’s no reason people will be able to celebrate this magical moment we’re hoping is coming.”

Leming has consulted with gold medal athletes, and just finished a six-month stint offering his motivation and behavior change services to individuals on the current women’s U.S. Olympic rowing team. He often works with the country’s best university rowing teams.

For what they choose to face, he finds rowers to be some of the most courageous individuals.

“The reason I chose rowing and the reason rowing chose me was that it’s the sport that offers some of the greatest experience of suffering of any sport on the planet,” he said. “In something like the 2,000-meter row, by any measurable term, their human body experiences more pain than any other athlete.”

Leming is informed by his psychology educational background at Columbia University, where he earned his bachelor’s degree. But he’s not a licensed psychologist, which means he doesn’t accept insurance and doesn’t diagnose the athletes and others he works with.

“I don’t carry licenses as a psychologist — I never intended to — which is rare,” he said. “If you meet someone with a high-level degree in a traditional science and don’t go for licenses, it’s either because they’re crazy or they have a bit of a spark to them.”

Regardless, this Belleville native, author of “The Psychology of Coaching,” has made a sizable business of consulting work with athletic programs and also corporate executives in the life sciences and other sectors.

He’s built a brand as a “high performance” consultant who in a way eschews traditional psychology, choosing instead something like the Buddhist thought he’s studied for three decades as a point of departure.

For him, that means emphasizing compassion, learning to surrender and, most of all, being present and conscious of the world around you.

“If you can really wake up to what it means to be fully present, you’ll live in a constant state of awe — with a slight hint of fear,” he said. “It’s wonderful, it really is.”

In the face of the immense stress that something like an Olympic competition invites people to participate in, this is the approach the Jerseyan finds most effective.

“The rowers I’ve worked with who have invited this process of learning their own limitations and learning to love themselves at the exact moment when they’re least lovable, they always get faster, should they continue to row,” he said.

It’s not about serving up the right combination of boilerplate inspirational slogans. And Leming believes fixating on success ignores the larger problem: deep-seated fears of failure, and even sometimes powerlessness, that exacerbate the tumultuous mental experience of athletes.

“It’s not inspiration that me, these athletes or anyone else needs,” he said. “It’s awareness. It’s the ability to view ourselves from a distance. That changes everything.”

Olympic athletes have to be accustomed to a certain type of suffering in order to not be unnerved when they have to experience it on the world stage, Leming said.

In his view, that starts with adjusting one’s often far too derogatory internal dialogue as an athlete in an exhausted state.

And, when it comes to something like rowing, the goal of the sport is precisely that: to fully exhaust yourself. Ideally, he said, that happens the stroke after the finish line is crossed.

“The internal dialogue of rowers in particular — in a sport where it’s the same motion over and over again — and, for men specifically, can be almost misogynistic terms for physical exhaustion,” he said.

Leming dealt with fear of failure and what he called a feeling of being uncomfortable in his own skin for many years himself. He was also a rower and collegiate football player.

He’s forthright about the path it took him on: Years of obsessive behaviors and a drinking problem. He sobered up at 28 — he had to, he said, or he’d die.

Sometimes just knowing what it’s like to suffer — as an athlete with a country’s expectations weighing on their shoulders might — can be enough of a victory.

“Every now and then, when I get caught up in my own shadow, which is fairly often, I remind myself that it’s my suffering that makes me as valuable as I am to the people I serve,” he said. “Because, when I’m in their presence, they don’t have a doubt I can understand them. They can feel it.”