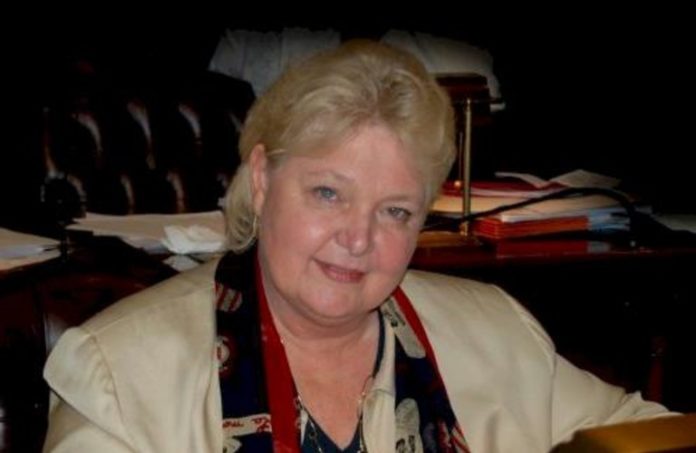 Diane Allen, a former state senator, television reporter, daredevil hang-glider and more — someone who most recently was in the spotlight as the namesake of the Diane B. Allen Equal Pay Act that Gov. Phil Murphy signed in 2018 — will soon have another distinction: candidate for lieutenant governor.

Allen, 73, is expected to be introduced Wednesday as Republican nominee Jack Ciattarelli’s running mate at an event in Moorestown.

Allen, who was the State House reporter during Brendan Byrne’s first term as governor for what was then known as the New Jersey Network, went on to become an anchor for ABC and CBS affiliates in Philadelphia.

Allen filed three complaints against CBS with the Equal Employment Opportunity Commission, alleging sexism and age discrimination — winning a case in 1994. Because of this, Allen championed pay equity for women and fighting workplace discrimination and harassment when she turned to politics.

In 1996, she won a spot in the General Assembly in the 7th Legislative District. In 1998, she was elected to the state Senate from the same district, serving there until she chose not to run for reelection in 2018.

In April 2018, Murphy signed the Diane B. Allen Equal Pay Act into law — a measure that strengthens protections against employment discrimination and promotes equal pay for all groups protected by the Law Against Discrimination.

Allen, believed to be the runner-up to Kim Guadagno to be Chris Christie’s lieutenant governor pick in 2009, was nearly a U.S. Senate candidate, too. In 2002, Allen entered the race for the Republican nomination for U.S. Senate, losing out to Essex County Executive Jim Treffinger — and then businessman Douglas Forrester, when Treffinger was forced from the race.

Allen remains the last Republican to win the 7th District.

She was born in Newark, but she has spent most of her life in South Jersey. She is a graduate of Moorestown High and Bucknell University.

Goya delivering hundreds of thousands of pounds of food and water...