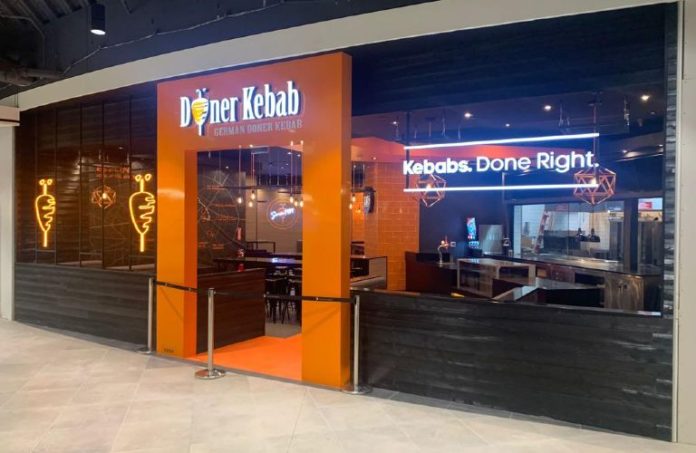 German Doner Kebab, a global fast-casual restaurant chain that says it is revolutionizing the kebab, will open its first restaurant in the United States later this month at American Dream in the Meadowlands.

GDK, as it is called, opened its first location in Berlin in 1989. It now has more than 70 restaurants across the globe and is planning a major expansion in North America, the Middle East, Sweden and the U.K.

“The U.S. offers a huge opportunity for GDK, and we are excited to be opening our first U.S. restaurant at American Dream,” Nigel Belton, managing director of German Doner Kebab North America, said.

“German Doner Kebab is exciting consumers across Europe and Canada, offering a fast-casual concept that is responding to the needs of Generation Z. We are now recognized as a top fast-casual brand of the future, and we are looking forward to bringing this German Doner Kebab experience to people visiting American Dream.”

The American Dream location of GDK is an important step in an ambitious growth plan throughout the U.S. and Canada. The brand successfully launched two restaurants in Canada — in Ottawa, Ontario, and Surrey, British Columbia — in 2020 and opened a flagship restaurant in downtown Toronto earlier this week.

Plans are now in place to open 100 new restaurants in Canada over the next 10 years, and the development pipeline also includes key U.S. locations spanning New York City, New Jersey and Houston.

“I am extremely excited to pursue a dream of mine, which is joining the GDK family, as I have a personal love for the doner kebab,” Shahul said. “I have no doubt that German Doner Kebab is going to be a huge hit, and I’m extremely excited to be opening the first restaurant in the U.S. American Dream gives us an iconic launchpad for the brand and we are very much looking forward to bringing a fresh, fast-casual offering to people visiting the complex.”

Real Estate
Linda Lindner -
September 26, 2022
Every major city around the county has been working toward revamping its urban core to house more residents, but few have done it better...