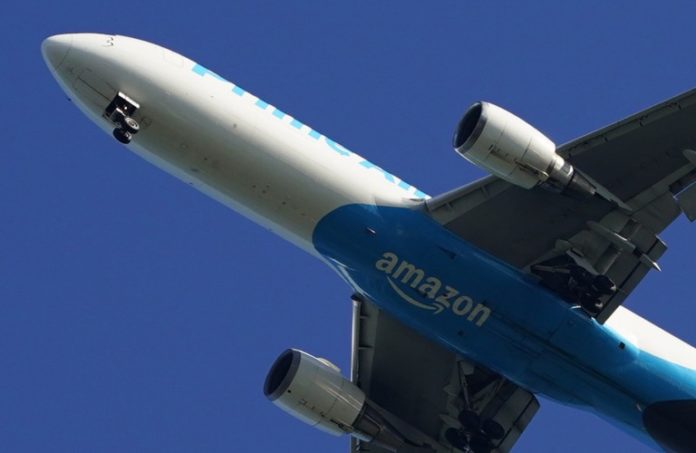 But the 20-year lease agreement the Port Authority of New York and New Jersey agreed to with Amazon Global Air on Thursday is about more than dollars and jobs. It’s about helping to ensure that Newark Liberty International Airport — already a major domestic and international shipping center — becomes a world-class cargo operation in a rapidly changing global market.

And it’s about helping the airport to expand its role as an economic driver for the state.

“Newark Liberty is a critical driver of the regional economy,” he said. “This single partnership has the potential to grow the airport’s workforce by almost 5% and enhance its role as a vital part of our recovery from the economic impacts of COVID-19. The months to come will see additional investments as we deliver on our promise of transforming Newark Liberty into a world-class facility for our region.”

The authorization will help drive the Port Authority’s broader effort to modernize operations at all facilities to better compete in a dynamic and evolving air cargo sector. That transformation starts with a $125 million renovation of buildings No. 339 and No. 340, which combine for nearly 250,000 square feet of space while sitting on approximately 23 acres on the north side of the airport.

They were built in 1996 as multiuse cargo facilities. Today, they consist of office space, warehouses and cargo storage, which are subleased to various cargo and noncargo tenants.

“The exciting air cargo project that the board has authorized today marks the latest important step in this agency’s commitment to shaping the future of air cargo by expanding capacity at Newark Liberty and by customizing the delivery of world-class air cargo operations and services,” he said.

The announcement is latest effort in an airportwide redevelopment, of which the cargo business in an essential ingredient.

The changes could be coming soon.

The final terms of the lease agreement — one in which Amazon pays the Port an upfront rental fee of $150 million and then $157 million more over the next 20 years — are still subject to final approval. Port officials said they hope to have a signed agreement by the fourth quarter, when the renovations will begin.

The project is scheduled to be completed by the fourth quarter of 2023. The impact, however, will be felt before then.

The reasons are numerous.

Local air cargo remains an essential link in the global supply chain and a critical driver of the region’s economic growth. Overall, air cargo supports 22,000 jobs, $4 billion in sales and $1.5 billion in overall wages throughout the Newark region. And, as customers and vendors continue to turn to online outlets for commerce and goods, Newark has become the regional hub for small packages.

Gov. Phil Murphy was obviously thrilled by the announcement.

“This investment in Newark Liberty International Airport will create 1,000 jobs and provide significant opportunities for minority- and women-owned business enterprises,” Murphy said. “Air cargo is vital to the international supply chain, and with this new partnership, Newark will continue to be a global leader in logistics. This new e-commerce hub will provide needed revenue to the Port Authority while also bringing new jobs to our state.”