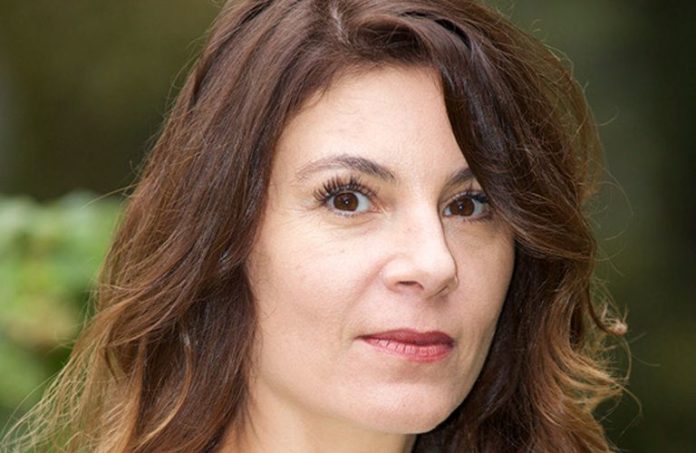 Torchbearers among New Jersey’s behavioral health institutions are finding plenty to cheer in the Olympics.

The medals themselves may be worth applauding, but what local leaders are all celebrating is how Tokyo’s events have turned into a golden opportunity to highlight mental health.

The decision of decorated gymnast Simone Biles to withdraw from events at the Olympics, citing the need to prioritize her mental health, was perhaps the most headline-gripping of the several instances mental health has come to the fore among the competitors in Tokyo this year.

Research already pointed to the fact that just over a third of elite athletes experience mental health disorders at some point in their career. But that idea that those athletes have the courage to talk about it … that’s left behavioral health leader Laura Budinick in awe.

“It’s incredibly brave of them to come forward and admit to any kind of condition that isn’t something we would publicly know about them,” she said. “There’s such bravery in disclosing something personal about yourself to the world.”

Budinick, chief administrative officer and vice president of behavioral health services at Newark Beth Israel Medical Center, part of the RWJBarnabas Health network, said athletes at a high level have long learned to curate a certain mental toughness. And that’s what it often takes to manage the toll of daily training routines and striving to constantly outperform yourself.

The fact that, now, Olympic athletes are willing to trade in that toughness for a new vulnerability — that more than earns Budinick as a fan.

Dr. Amy Frieman, chief wellness officer for Hackensack Meridian Health, said there’s another aspect to what’s being witnessed right now. It’s one that seems obvious, but might be going underappreciated.

“If you can imagine most of the effects we’ve been dealing with in our daily life during COVID, add to that the tremendous stress of performing on the world stage during the Olympics,” Frieman said. “So, I think any discussion of what’s taking place with athletes in Tokyo has to be rooted in the impact of COVID.”

Behavioral health departments are being flooded with new and worsened cases of anxiety, depression, sleep disorders and other maladies, Frieman added.

“There’s no doubt the pandemic is impacting our mental health and well-being; it’s having extraordinary psychological and emotional consequences,” she said. “And our greatest athletes aren’t immune to this.”

Another component of recent events — too apparent to ignore, given that Biles, tennis star Naomi Osaka, Olympic swimmer Simone Manuel and others are all women of color — is that there are disparities that still exist in the psychological distress and treatment across different populations.

According to data from the federal Office of Minority Health, women in general — but especially Black women — experience a higher percentage of psychological distress. And fewer receive treatment than peers in other groups.

It’s another one of the many mental health issues that have a new spotlight on them as a result of what has transpired at the Olympics. Psychologists, who have to wage an endless battle against stigma associated with mental health illness and treatment, are certainly pleased about that.

And, especially when it comes to elite athletes, Frieman said the new transparency of Olympic competitors, with Michael Phelps being one of the first to openly discuss mental health challenges, has “broken down the facade of stoicism” long expected of them.

Dr. Marshall Mintz, a consulting sports psychologist for Atlantic Health System’s Atlantic Sports Health department, is one of the U.S. Olympic Committee’s registry-approved practitioners, and has provided consulting services for Olympic equestrian teams as well as teams in other sports.

He said the demands of media, coaches, teammates, family and, ultimately, oneself can add up to an enormous stress level. Not that there’s anything wrong with it, but that level of stress will naturally affect different athletes in different ways.

Really, Mintz said, the sports world is just a microcosm of society at large.

“You could look at it this way: Two soldiers may experience a terrible combat situation — with people around them injured and killed — and, when they go back to the encampment, one fellow might go to dinner and reflect on how terrible it was, and the other might be traumatized beyond the ability to go out and fight the next day.”

Mental health leaders also want to stress that — for as many eyes as there are on Olympic athletes, and for as elite a level as they’ve been able to reach — there’s nothing unusual about what these athletes are going through.

A high school athlete, for example, might from their individual perspective feel much of the same weight on them as an Olympic gymnast — a concept that Budinick of Newark Beth Israel felt it was particularly important to highlight.

“When you have anyone trying to be successful, even if it’s academically or interpersonally, there’s pressure you put on yourself to achieve, and external pressure, too,” Budinick said. “So, this can cross over for anyone who has pressure on them to do better. And there has to be a certain amount of self-care that we allow ourselves as we move through that.”