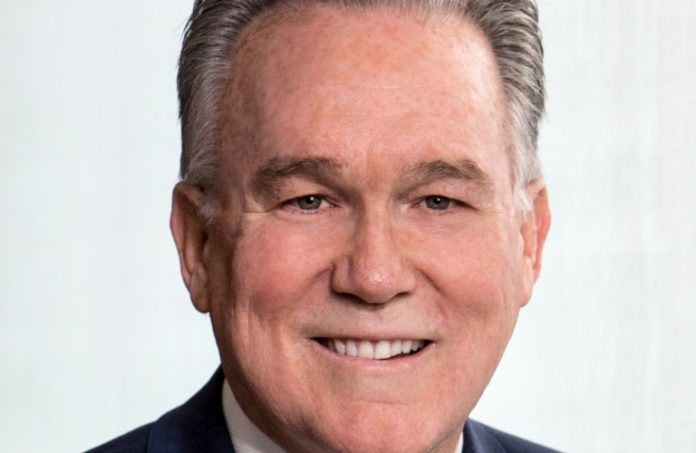 Everyone in Don Parker’s family worked with their hands; his brothers were both engineers, and his dad was an airplane mechanic.

Parker, who today is president of behavioral health care services for the Hackensack Meridian Health network, wanted to work with nothing as tangible as that — he wanted to work in the realm of thoughts, feelings and actions.

“So, I told my dad I was going to be a social worker, and his response was, ‘What the hell does a social worker do?’” he said, adding that the truth is, “Not a lot of people grow up telling family members they want to be a psychiatrist, psychologist or social worker.”

As an extension of the overall stigma associated with mental health, these professionals, Parker believes, can’t count on a highly respected status. And they can’t count on high salaries, either. Realistically, there’s no strong attraction for people to get into mental health-related careers — not then, when Parker was getting his start as a Rutgers University-trained social worker, and not now.

Bring it all together, and it’s no wonder that everyone in the industry is saying the workforce shortage that various industries are reporting at this point of the pandemic … it’s especially acute for those in the broad field of mental health.

The problem is two-fold: There weren’t enough professionals in the sector before the pandemic, and the swelling demand for mental health services is depleting the number of professionals there are by sending more into other careers or retirement.

“Those of us left doing social work and psychiatry are getting burned out,” Parker said. “It’s high-demand. There’s a significant need for the work we do, especially now, but inadequate supply. So, there’s waiting lists and all the things that make the conditions of our work less than ideal.”

The answer to averting more of a crisis of demand far outweighing the availability of mental health professionals might fit into the palm of your hand.

Phones, tablets and laptops have been the way therapists, social workers and related professions have remained available to those they serve. People can jump on virtual therapist couches around the clock — and there’s a new host of online therapy services such as Talkspace that are happy to do that.

But Cayte Castrillon, a clinical social worker and therapist in Midland Park, has to ask: Is the ability to text a therapist at 3 a.m. going to yield the results expected of traditional forms of therapy?

“Because this might also be creating expectations that can’t be met with clinical integrity,” she said.

Castrillon finds a potential irony in the situation: The long-held stigma against seeking mental health treatment is being torn down by the sudden expansion of digital therapy businesses; but backlash or disappointment with those services has the potential to set the industry farther back.

“As there’s this explosive need for therapy services, my fear is there will be terribly unsatisfactory experiences people might have,” she said. “That may lead to a continued or resurgent denial or dismissal of therapy, if it’s not that helpful.”

She’s not advocating for turning back the clock on the new digital venues in the therapy space, given that it can serve a patient well who has limited availability and geographical proximity to services.

“I just think that you have to be careful how much you rely on those platforms, even if we have to accept it’s an option to supplement clinical expertise,” she said.

Debra Wentz, CEO of the New Jersey Association of Mental Health and Addiction Agencies, has spoken of this issue for years. It has never been easy, for all the reasons Parker points out and more, to recruit qualified staff for treating mental health issues and substance use disorders.

And turnover has been high for a number of years as a result of inadequate salaries. Most of the sector’s professionals quickly flee to the education sector, or other public or private positions, which boast of better benefits and higher pay, Wentz said.

What’s different this time around is that aforementioned uptick in demand. One out of five individuals might have required psychiatric services for anxiety or depression symptoms on an annual basis before the pandemic, according to National Health Interview Survey data.

And the worst might not be over, because, as Parker noted, suicide rates and other figures from the Spanish flu were at their worst several years after that pandemic’s start.

“What this new demand results in is a heavier workload for an inadequate number of staff, and, ultimately, higher turnover, too,” Wentz said. “What providers are doing to prevent that is increasing salaries, but, because they don’t have the resources to maintain higher staff numbers with those salaries, they have to reduce the amount of individuals they serve.”

From the perspective of those being offered mental health and addiction services, that might mean long waits for access to treatment. That delay in treatment, she warns, could mean worse outcomes for issues that possibly could’ve been addressed and treated.

Wentz said the solution this time around is not a whole lot different from before: The sector needs more funding from the state, as well as raised rates for outpatient mental health and addiction care. She accepts the industry’s pleading for more funds might come across as expected — or that it might even earn some moans and groans.

“But people need to know that, right now, we’re at a tipping point,” she said.

Some professions within the larger mental health framework are struggling worse than others. Wentz said her organization is strongly advocating for psychiatrists for children to be offered more support. She explained that, even as the 2022 New Jersey budget dedicated $108 million more than prior budgets to children with emotional and behavioral health care needs, for technical reasons that have to do with Medicaid reimbursement restrictions, child psychiatrists would not directly see the financial benefit.

Wentz highlighted yet another workforce issue that’s being experienced by providers: The professionals that have entered the sector and chose to stick it out are facing a significant backlog in licenses to perform and be paid for certain services.

A recent news release from her organization and the National Association of Social Workers New Jersey called attention to the fact that social workers who have passed the licensing exams and completed all necessary steps for licenses aren’t finding officials who should award it responsive. One anecdote the organizations gave was of an applicant to these licenses passing their exam in the fall of last year and going totally ignored for almost a year.

“The issue with how difficult it already is to fill certain positions really comes as a result of having to have the right licenses for clinical social workers to be reimbursed,” she said, using the LCSW, or Licensed Clinical Social Worker, as an example of what’s required to be reimbursed for services provided to those on Medicare.

Borden said having those licenses delayed puts everything on hold — not just for already-stressed social workers, but people in the community that might need help.

It’s just more salt in the wound for a profession that is already paid lower for its advanced level of education than most others. Parker said psychiatrists in particular are at or near the lowest echelon of pay for doctors.

The well-equipped Hackensack Meridian Health system has put resources into offering tuition reimbursement for behavioral health staff. Parker said individuals can start working for the organization with their bachelor’s degree and are supported as they acquire higher-level degrees while working for the health system, which also has a robust residency and fellowship program.

“And, even with all that, we still have a difficult time recruiting the number and right mix of professionals we need,” he said.

Without some significant intervention, possibly of a legislative nature, it’s hard to say when these workforce issues will be abated. It’s an uphill battle — one that looks all uphill from here.

Parker wants to stay optimistic. But he knows what the profession entails — at its core — is nothing like correcting issues as a cardiovascular surgeon’s operation might.

“(What these professionals deal with) is not overcome with a single episode of treatment, not a single block of counseling, nor a single medication — it’s complex, chronic illnesses that are frequently accompanied by multiple relapses in the process of managing the disease,” he said. “The chance for seeing success in patients is lower. The work, no doubt, is challenging.”