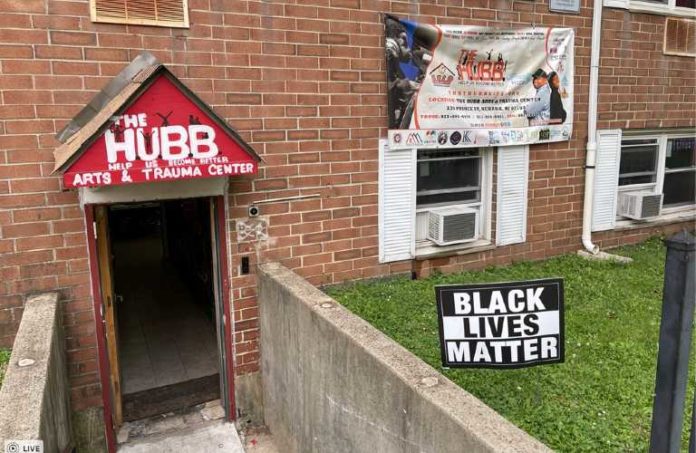 There are thousands of reasons Newark’s HUBB Arts & Trauma Center shouldn’t be the first of its sort.

Al-Tariq Best said he has at least that many tragic stories that he could share — all speaking to the need for New Jersey’s first youth-focused trauma recovery center. He started with just one: his own.

He was a teenage, straight-“A” student born and raised in Newark. And he was, regardless, ready and willing to put himself in situations where he could die. That was a result of many traumas, including domestic violence in the home, a murdered grandfather and a run-in with cops that he alleges crossed the line into police brutality — an incident during which an officer’s gun was put to his head.

“Because of that, for many years, any type of authority figure came near me, I was the aggressor,” he said. “I could’ve died many times after that, even when I had my children with me. I didn’t know how to deal with situations I had faced. I was traumatized.”

Like many of the young individuals that the HUBB Arts & Trauma Center assists, he didn’t know at the time that he had experienced trauma, or that it would have lasting consequences.

After 15 years of working to engage with at-risk youth in Newark using an arts program, the local organization this year added a center specifically designed for peeling back the layers of trauma for individuals who may not have access to mental health services otherwise. The center’s opening, Best said, was “delayed, but not denied” by the pandemic.

The idea of the center is to make “silent observations” of youth through the long-running arts program, open them up so that they feel more comfortable and then make a warm hand-off to social workers who can dig a little deeper into the traumatic experiences of these individuals.

There are 37 such trauma-informed centers in the country, but none of them — not one — focuses on just youth.

“And, when these young victims are left isolated from viable resources to develop healthy coping mechanisms, it increases the probability of violent expressions or forming maladapted coping methods like drugs,” Best said, adding that “Generational curses go on and on because people don’t want to talk about it — or deny that trauma ever happened.”

The key phrase is “adverse childhood experiences,” or ACEs. The still relatively recently popularized concept in psychology and behavioral sciences emphasizes what an enormous impact on one’s future decisions early trauma can have.

The upshot is that trauma-informed therapy helps mitigate the long-term effects of those early experiences. Ideally, Best said, that comes well before someone has made a bad, life-altering decision.

But one of the challenges for a program like what’s now underway in Newark is getting the conversation started. Youths have to feel comfortable. As Best put it, sharing sensitive situations comes with a risk — an extreme one for impressionable youth — of peers “clowning on them.”

“So, if you can’t find a way to relate to them, they’re not going to become vulnerable enough to talk to you,” he said. “Once you have them there, you can teach them better ways to cope with the trauma they’ve experienced. But you’ll never get there unless you level the playing ground and meet people where they are.”

Best said they’re often most successful in having respected peers speak to those entrenched in a world of danger. That’s why the program’s most incredible messengers also turn out to be some of the most battle-hardened.

Best spoke of one young man who was once so heavily involved in that life he had started his own gang.

“When he came here, he started to realize some of the things he was doing weren’t good,” he said. “In midst of changing, he got shot five times, right in front of his mom. He survived. That started to change him as well. … Lo and behold, he got locked up for some stuff he did in the past. But he wrote me a letter saying that, when he came home, I was going to be the first stop he got to.”

He vowed to change his life — and he did exactly that. The individual is now opening the door for others who might still be able to escape from a life on the streets, Best said.

That transformation speaks to Best’s grudge against a purported truism: The saying, “hurt people hurt people.”

He believes that’s leaving out one important coda: Healed people can heal people.

That’s why it behooves him to do this not just in Newark, but everywhere there’s hurt people.

“The goal is to take this and replicate it in different cities and states,” he said, adding that East Orange, Paterson and other urban cores of the state could benefit from a program like this. “But I want to make sure that we perfect it here first before we carry it along.”