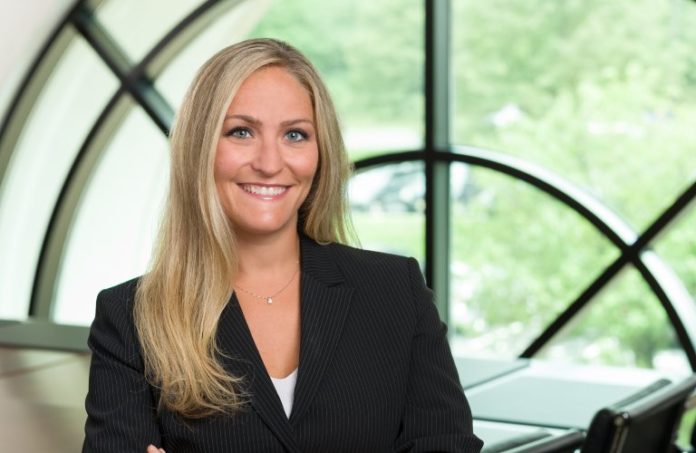 When it comes to trends in employer benefits in New Jersey, attorneys are inclined to agree that one might prevail: The class of employees possibly eligible for them is increasing.

And they also tend to agree that not everyone is paying enough attention to that.

Melissa Salimbene, who represents employers in all aspects of employment litigation at Chiesa Shahinian & Giantomasi P.C., gave an example of a client whose longtime contractor became pregnant and wanted to take advantage of parental leave benefits.

“Well, I had to say, if they’re an independent contractor, they likely wouldn’t get them,” she said. “And then, when I started to hear about the person’s job, it sounded a lot more like an employee than a contractor. The person was their best friend, and preferred the arrangement.”

And, she added, benefit-ineligible independent contractor setups are often just easier for everyone involved.

But, she also was quick to add, that doesn’t matter at all.

What’s important, employment attorneys said, is that businesses are in line with legislation promulgated in the state of New Jersey cracking down on businesses that are choosing to call people independent contractors when they’re actually considered employees.

Benefits have been one of the central points of negotiation in severance packages when a company lets go of an employee. For another two months, however, they won’t be.

As part of the COVID-19 relief package known as the American Rescue Plan Act, certain individuals who were involuntarily terminated from their employment could be eligible to wipe away the premiums associated with continuing health insurance coverage after losing a job.

Frank Custode, partner and chair of employment practice at Curcio Mirzaian Sirot LLC, said the cost of those premiums employees are offered under COBRA, a mandated option for continuing an employees’ often highly needed health care coverage, can otherwise be prohibitively high.

“Many times, a client will come to me after they’ve lost their employment and say, ‘Look, I have this severance package, but I really need to pay for benefits still for X number of months,’” she said. “Here, that’s happening — but that’s only for another two months this law is in effect.”

In the period before the program, which began April 1, expires at September’s end, Custode said the benefits that employees often stress over when losing a job have their premiums subsidized by the American Rescue Plan Act. Businesses are, in exchange, being offered a refundable tax credit by the government.

This will change the nature of severance negotiations — at least for now.

“As a result of this, and, although it’s quite fact-specific, during this period employees have more leverage to negotiate a better severance agreement, because they know they’ll get benefits through this law,” Custode said.

“We really want employers to know that misclassifying employees is a serious issue,” Salimbene said, adding that there are reasons employers shouldn’t take their chances. Under a new set of state laws, businesses can be hit with temporary stop-work orders for committing even just a single violation of a state wage, benefit or tax law.

If that doesn’t sound like a big enough deal, Salimbene would have businesses consider that those orders stay in place until it is determined that an employer is back in compliance with set-forth laws. Meanwhile, workers affected by the businesses’ shutdown have to be paid during the first 10 days of missed work due to that stoppage.

Misclassifying employees as independent contractors for the purpose of evading insurance premiums also carries hefty fines: $5,000 for the first violation, $10,000 for the second violation and $15,000 for subsequent violations, as laid out by the New Jersey Insurance Fraud Prevention Act.

These are all provisions in a series of bills that have been signed into law by Gov. Phil Murphy, some of which immediately went into effect. News releases from the Governor’s Office point to more than 12,300 cases of employee misclassification discovered by the New Jersey Department of Labor & Workforce Development in a 2018 audit, resulting in almost half a billion dollars of underreported gross wages.

Jay Sabin, of counsel at Brach Eichler LLC, said the laws all center around the same goal: bestowing a greater power on the state to take remedial action when an employer is misclassifying a service provider as a contractor and not an employee.

“Basically, these three — and, really, four — bills are fast-tracking already existing remedial efforts the state was making,” he said. “In common parlance, this all gives the state more enforcement oomph.”

The legislation enforces the so-called ABC test, named for three stringent characteristics the state will have to find in order to accurately classify a worker as an independent contractor.

“The ABC test has existed on New Jersey’s books since the ’90s, but it was extended in a later New Jersey Supreme Court case,” he said. “Overall, the expansion of the ABC test is the trend from, let’s call it, the assemblies and governors’ offices in more progressive states.”

New Jersey joins California and just a handful of other states in applying this ABC test.

“This issue is still evolving, but the direction is clear: There is a legislative and judicial trend toward institutionalizing and extensively applying this ABC test,” Sabin said. “And that will come, as it has started to already, with a greater enforcement element.”

Sabin said he gets questions from clients about how to continue to have a bona fide independent contractor relationship. That’s the preferred path: Asking questions.

The other route, Sabin said, is refusing to pay any attention to it.

“And that’s similar to the person who does 80 mph all the time on the (New Jersey) Turnpike,” he said. “At some point, you’re going to get pulled over.”

Energy’s role in N.J.’s future: 5 questions with William Sullivan of...