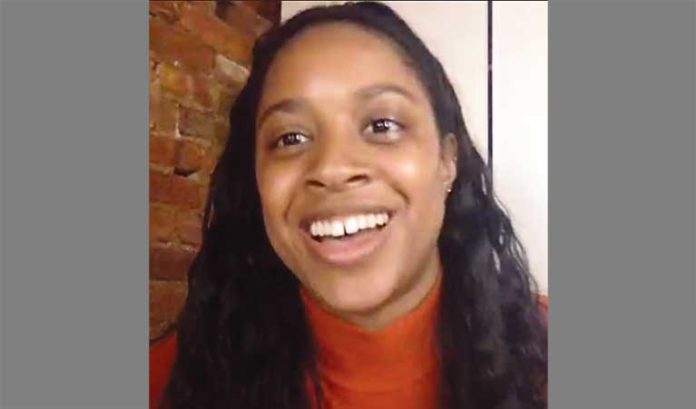 Maya Brooks, senior product manager and startup coach at IFundWomen, based in Montclair, made a virtual appearance at one of the Asbury Park-based Jersey Shore Women in Tech’s meetings earlier this year.

Brooks’ presentation was chock full of in-depth information the attendees needed to know about getting funding for startups, and it led to a lively question-and-answer period.

Brooks was introduced by Jenna Gaudio, who along with Alison Lamano and Brittany Jacobs organizes this group, which welcomes attendance from everyone, not just women. The complete video of this event is available here.

Ins and outs of VC

At the beginning of her talk, Brooks discussed the ins and outs of venture capital, explaining what women should know about it. For example, she said: “Venture capital investors are people who use the VC’s fund money to invest in companies in exchange for equity. So, every time they invest, they are getting a cut of the equity fund.”

Out of every 10 companies they invest in, they are looking for a big payout from one.

“They might invest in 10 startups; one of those they want to be a billion-dollar company, and everyone else they don’t care about,” she said.

A startup might be contacted by a venture analyst, but Brooks urged the women to escalate that interaction.

“If someone has a title like ‘venture analyst’ or something like that, they don’t have any decision-making power in the firm,” she said.

She advised making sure you are in contact with a managing partner of the firm, someone who makes decisions.

Brooks spent some time discussing how venture capital firms and their investors make money, so the meetup attendees could understand exactly how they work. She also discussed some pros and cons of taking institutional money from VCs.

If your venture capital firm does well by its portfolio companies, it should be available for follow-on funding,

“So, you can go back to them for the next round and the round after that, and they can also act as mentors, connecting you to resources,” she said. “(Being funded by a VC firm is) a signal to the market that you have something.

Among the cons: “(It’s) notoriously difficult to get venture capital. Anyone who’s tried to do it before will tell you it takes months, they’ve met with hundreds of people, they received seven ‘no’s.’ Yes, it’s a tiring process. It’s a sales process. … A lot of founders decide it’s not worth it for them to do this for six months. I’d rather spend six months building products, getting co-founders or doing something else with that time. So, it may not be the right fit for everyone.”

She added that founders have to give up equity in their companies — and control. Certain venture capital firms prohibit founders from doing certain things. They may, for instance, block a merger or an acquisition “because they want you to hold out for the long game.” In addition, she said, there are potential consequences for founders who don’t use the capital to reach milestones, as the point of venture capital is to allow the company to scale.

How to avoid taking funding early

Moving on in her talk, Brooks presented some options founders can use to avoid taking funding too early in their journey.

“A lot of people get stuck in an infinite loop, where they say, ‘OK, I need funding to build the product, but I also need traction to get the funding,’” she noted. “They just keep going around in this circle.”

She presented a number of ways to break out of the loop, including crowdfunding.

“Crowdfunding is a really great option for pre-product startups, if you have a product or an idea, and want to know if other people aren’t into it, or you need 10 grand, 15 grand to get something out to market or get your MVP (minimum viable product) off the ground,” she said.  “… Not only does it allow you to presell your product and service, but it also allows you to have a marketing campaign to gain customers.

“A second option for free product funding is bootstrapping, and this could look like we’re just taking our cash and we’re putting it into a startup. That’s the way a lot of people bootstrap. Some people get jobs and other people start to sell other types of items to bootstrap the business.

“(Another way is) good old-fashioned presales. If you are on the product side, and you have a physical product or consumer retail good, something that you want to put out in the market … presales are a way to get people on the wait list, get people to pre-purchase.”

If you are building a Software-as-a-Service business that is going to sell to other businesses, startups can pitch strategic partnerships and gather letters of intent to purchase from potential customers, Brooks suggested.

Last, but not least, startups have used credit and credit cards to finance their startups.

“I put this option last, and I’m going to not spend that much time on it, because I don’t want to encourage you to take out tons of debt to fund your startup,” she said. “It’s usually not a great idea. The amount of personal capital that you usually have to put up in order to secure that type of debt funding is not usually beneficial.”

In response to a question from the audience about what happens if there is too much demand for a product during presales or crowdfunding, and the startup can’t fulfill its orders, Brooks noted that transparency is key.

“As long as you are transparent about what it is you’re building and when someone can expect to receive something from you, usually people don’t feel upset about that,” she said.

So, if you’re talking about a situation where you have preorders, and then you get way too many, and you’re not able to fulfill them, for example, until a year from now, then, “put the data out there that notes that ‘we’re getting to a platform,’” but will be delayed.

Tech Trends: JumpStart N.J. Angel Network set records in 2021. Stephen Dyer explains what was behind it all