Home Opinion On the Beat Anjalee Khemlani returns to ROI-NJ — will serve as contributing writer on...
Facebook
Twitter
Linkedin 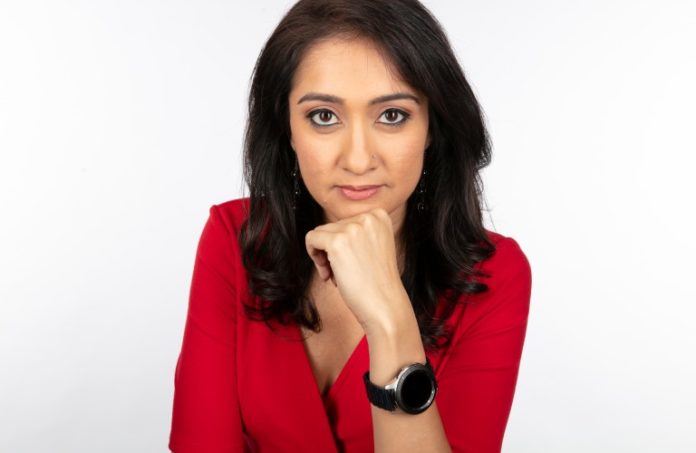 Starting today, you’ll once again see my byline in ROI-NJ, a media entity I helped launch four years ago. I return as a contributor.

After leaving ROI two years ago to join Yahoo Finance — where I still work — I found that there were many conversations I left behind. A growing national focus on diversity, equity & inclusion has made room for more coverage than ever before. I could not just sit back and watch the opportunity pass, so I reached out to editor Tom Bergeron about the idea of writing for ROI again.

Many of you know me as a reporter covering business, politics and health care. Allow me to introduce this new avatar.

I’ll be picking up where I left off on covering diversity, but with a fresh voice. I want you to hear me: the immigrant, the woman of color, the reporter.

Covering diversity from the data, human and political lens has its limits. And it has been done for far too long. I have told my editors for years that using phrases such as “which comprises X% of the population,” reinforces existing biases. ROI-NJ is one place that has listened. It has been ahead of this curve — but there still is room to improve.

That’s where I hope to come in.

My aim is to write and report news stories and opinion columns from a perspective not often seen — and from viewpoints not often given the chance to be heard from. I welcome any and all pitches on LinkedIn or on Twitter (@anjkhem).

I’m thrilled to be back and eager to get started. I hope you feel the same.