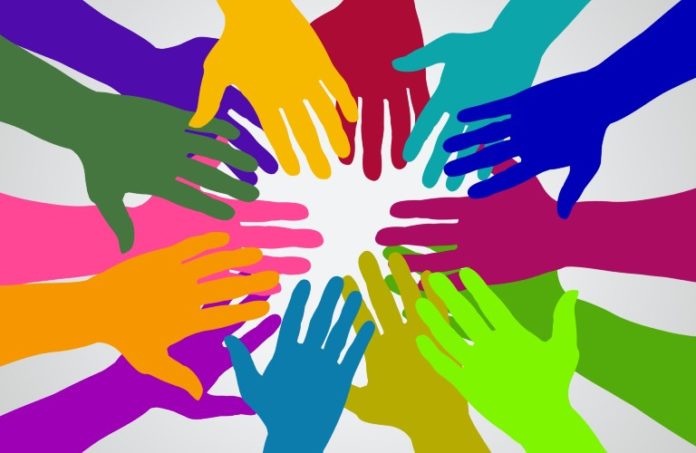 New Jersey may rank highly among the most diverse states, but a diverse population doesn’t equal equity. Nowhere is that more evident than through the sentiments of minority-owned small businesses in the state.

For some, this may be an uninspiring topic, but the reality is that livelihood of many New Jerseyans is impacted daily by the issue.

Why? It’s the golden ticket for any small or midsized business in the state.

Winning that first government or Big Business contract as a vendor or supplier signals to the owners that their business is viable and has potential to scale. It also validates the company as a go-to choice when bidding for other contracts.

Despite existing set-aside laws that require this (ranging from a 3% to 15% requirement), state agencies are not meeting their goals.

Jeff Cantor, a retired Army colonel and co-founder of the New Jersey State Veterans Chamber of Commerce, said it has been a battle.

Here are the eight chambers that form the N.J. Diverse Business Advisory Council

“We’re trying like crazy to fight for crumbs,” he said. “I’m tired of fighting for crumbs.”

With the powers they feel they gain by representing a now-combined population, the leaders believe they can inspire more accountability. The goal is to act as a central filter to streamline the process, as well as keep track of contracts with state agencies.

While parts of that sound similar to existing strategies, the constant tracking of contracts is new, and signals a change in attitude.

Simply put, they are going on the offensive.

Rather than members standing in a corner waving their individual banners, NJDBAC is positioning itself as a robust network to elevate all minority businesses.

“Despite repeated flourishes and positive gestures by state leadership, little has improved between 2018 and today,” NJDBAC wrote in a group statement last week. “This is unacceptable to the council, which has a potential solution and is looking to meet with the governor to discuss ways to move it forward.”

And the goal is clear. New York City has set the bar.

The Big Apple, which has a similarly diverse population, has managed to increase its procurement from minority- and women-owned businesses to 24%.

It’s a number the council is envious of.

For state agencies and large businesses, the incentives to diversify are competition and driving down costs. Studies also show smaller contractors are nimbler and can pivot to accommodate changes quickly.

The problem isn’t as bad in the private sector, which has been improving in the wake of the national focus on equity. The death of George Floyd and subsequent Black Lives Matter protests last summer have spurred noticeable action, according to John Harmon, the founder and CEO of African American Chamber of Commerce of New Jersey.

Harmon — whose group teams with the New Jersey Economic Development Authority on a program that helps minority businesses get bonded — said more needs to be done.

“If you’re not supporting Black business with contracts, you need to be,” he told ROI-NJ recently. “That should be a no-brainer today. Companies then need to move on increasing workforce development, financial literacy, training for ex-offenders. Those are areas where I believe corporations should be using their dollars.”

NJDBAC already has been in contact with Gov. Phil Murphy’s office to work toward finding solutions.

Murphy has never shied away from being a vocal advocate of diversity, evidenced by the appointments of agency heads and numerous hires in the front office. But the “mosaic” of faces, and creation of an Office of Diversity and Inclusion, have not moved the needle, Cantor said.

The state is aware of its shortcomings. The Department of Treasury announced in December it commissioned a disparity study.

While it would be the first study done in two decades, the chambers are unimpressed. To them, it’s just another study that will add to an existing body of knowledge that spans decades.

“We know the results of that study before it even comes out,” Cantor said. “We don’t need to wait until 2022 to find out.”

Anjalee Khemlani is a reporter for Yahoo Finance.