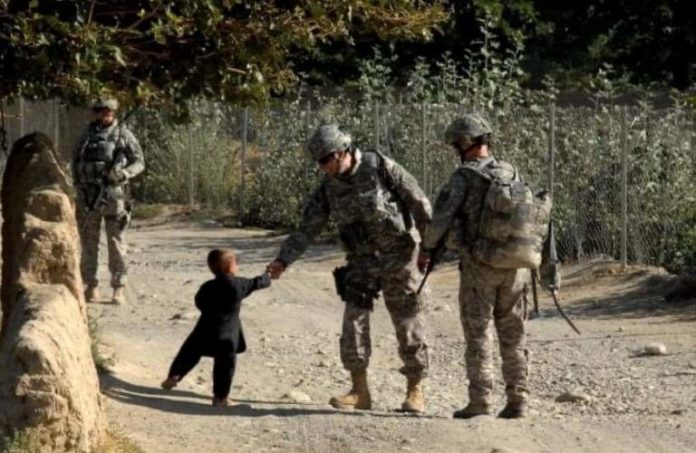 The country asked you to go to war in Afghanistan and you did your job honorably. You fought for the soldiers, sailors, Marines and airmen to your right and left. You fought to try to bring some semblance of stability to the good people of Afghanistan. What’s happening in Afghanistan this week has no reflection on the honorable work you did while deployed.

The catastrophe that is unraveling before us is not due to the fine work that you have done. This is a policy failure, not a military failure. Each one of us who spent time in Afghanistan worked hard for the people of Afghanistan, because that’s what our country asked us to do. It is very painful and sad to watch what is currently going on in that country.

We routinely worked 16 hours a day, seven days a week, because that’s what was asked of us. We did all that we could to protect innocent civilians. We engaged with and neutralized bad actors in our area of operations. We helped to train the Afghan National Security Forces in ways to defend their nation. The fact that they did not do so does not reflect poorly on us. We did our job. We did everything in our control to ensure civilians were safe and that there was some stability in the nation.

We have been at war in Afghanistan for 20 years. If we had stayed there another 20 years, would the outcome be any different? To the Gold Star families out there, your loved ones did not die in vain. They were asked to go to war by our nation and they did so willingly. They fought bravely for our fellow service members and to protect innocent civilians. They made the ultimate sacrifice for those around them so that others may live. They are true heroes, and this outcome in Afghanistan will never take that away from them.

This was not a winnable war the way it was fought. You cannot fight a politically correct war. You expect those that have been trained and armed to fight for their country instead of laying down their arms and fleeing. The Afghans were not willing to fight for their country, so why should we? Also, you cannot fight a war when the center of gravity is in another nation — Pakistan.

It is a shame that our generals, admirals and ambassadors kept telling us that we were making demonstrable progress. Again, to all the soldiers, Marines, sailors and airmen who fought this war, you did your part and you did it honorably. This failure in Afghanistan has nothing to do with the great work you did on behalf of the Afghan people. They needed to step up, and their country needed to fight back. What you did while deployed was nothing short of amazing.

We, as service members, need to reach out to our battle buddies to make sure they are OK in dealing with this catastrophe that is on an endless loop on the news. We need to look out for each other like we did while we were deployed. Many service members are going to take this personally. You shouldn’t! Take time to decompress, and don’t let the news get to you.

We are living in troubled times. But the thing that endures is the love we have for one another. You are all incredible warriors for what you accomplished while deployed. What’s going on right now is out of your control. You cannot affect things that are outside of your control. You can try to shape them, which is what each of you has done, and done admirably.

Now, we must look out for each other and hope that our interpreters that worked with us get out safely. Walk away from this with your heads held high. This is not a loss for our service members. Perhaps our elected leaders will think long and hard before committing troops to fight a politically correct war. I am proud to have served with so many amazing Americans who did everything in their power to bring stability to that nation, which you all did. It’s time to focus on you and your battle buddies to make sure they are not taking this personally.

For anyone that wants to talk, my email address is jeff@njveteranschamber.com. I will be happy to email you my phone number if you need to talk. God bless all of our military services and our service members, and God bless the greatest nation on Earth, the United States of America.

Jeff Cantor is the founder and CEO of the New Jersey State Veterans Chamber of Commerce.

N.J. is ‘the Education State’ — with plentiful gardens

Why long overdue Glassboro-Camden Rail Line would be big boost for...

PPP loans are still available: Here are 4 reasons to apply