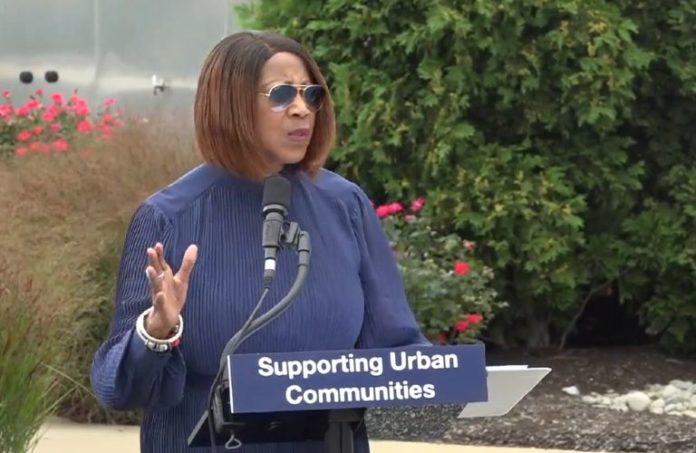 Acting Gov. Sheila Oliver signed the Urban Enterprise Zone Reform Bill on Tuesday — a move that restores and revises the UEZ Program and appropriates $42.5 million in Zone Assistance Funds for fiscal year 2022, essentially bringing the program back to full operation after having been without a funding source for more than 10 years.

The UEZ Program Authority, created in 1983, is an affiliate agency of the Department of Community Affairs. It was created to foster an economic climate that revitalizes designated urban communities and stimulates their growth by encouraging businesses to develop and create private-sector jobs through public and private investment.

In a previous iteration of the program, UEZs provided a dedicated funding source for local economic development in the form of a reduced state sales tax. Those state sales tax funds were then deployed in UEZ communities to promote economic development. A dedicated funding source, which ended in 2011, is being restored under the law signed Tuesday.

Currently, there are 32 zones, which are spread across 37 municipalities and home to approximately 7,267 UEZ-certified businesses. The first five municipalities joined the program in 1986, with the most recent joining in 2002. The original UEZ designations granted to municipalities were set to expire after 20 years.

Gov. Phil Murphy, saying he recognized the value of the program, signed legislation restoring expired UEZs in five cities while also extending the program an additional five years. All UEZs are currently set to expire between 2023 and 2025.

Oliver, who also serves as the head of the DCA, was thrilled to be able to sign the bill.

“The UEZ Program helps support the local economy, particularly in our urban centers,” she said. “I am excited to sign this legislation today restoring UEZ funding, especially as many of these cities and businesses located in the designated communities continue to recover from the pandemic. Starting today, the UEZ Program will be an essential part of the state’s economic recovery strategy.”

UEZ Executive Director Tracy Fredericks said the legislation will make it possible for small, medium and large businesses within the zones to provide jobs to the community.

“That is what the UEZ Program is all about,” she said.

In 2018, the New Jersey Legislature directed DCA to study the Urban Enterprise Zone program and submit recommendations as to whether the program should be continued as is, be amended or expire. The outcome was the 2019 New Jersey Urban Enterprise Zone Program Assessment, an economic study, which forecasted the economic impact of the UEZ program, determined whether it should be continued and provided recommendations on how the program should be structured in the future.

The study, prepared by the John S. Watson Institute for Public Policy, PEL Analytics and Anderson Economic Group, measured the net economic impact of the UEZ Program by analyzing employment counts, payroll expenditures and gross receipts for participating and nonparticipating businesses located in UEZs across the state.

The analysis of the qualitative and quantitative data compiled determined that the UEZ program is a valuable tool in New Jersey’s economic toolbox and should remain available to designated municipalities.

Highlights of the new legislation include:

Under the new law, the UEZ Authority board at DCA will take on the following responsibilities:

“For more than a decade, the UEZ Program Authority has gone without a funding source, making it difficult for many inner-city businesses to financially expand and grow,” Sacco said. “With this legislation signed into law, businesses all over New Jersey will now receive the funding and opportunities that they have, for far too long, gone without.”

“As chair of the Senate Community and Urban Affairs Committee, it is critically important that we foster economic growth and nurture small businesses, especially in our urban centers,” he said. “Small businesses in the designated urban communities will see a much-needed boost in support from the restored Urban Enterprise Zone Program, which will greatly assist in their long-term recovery following the pandemic.”

“The New Jersey Urban Mayors Association has long awaited the day where UEZ resources are returned to our communities,” he said. “This vital tool has been a catalyst for economic development in so many of our urban centers.”

Halvorsen: Crackdown on immigrants could be disastrous for food service industry