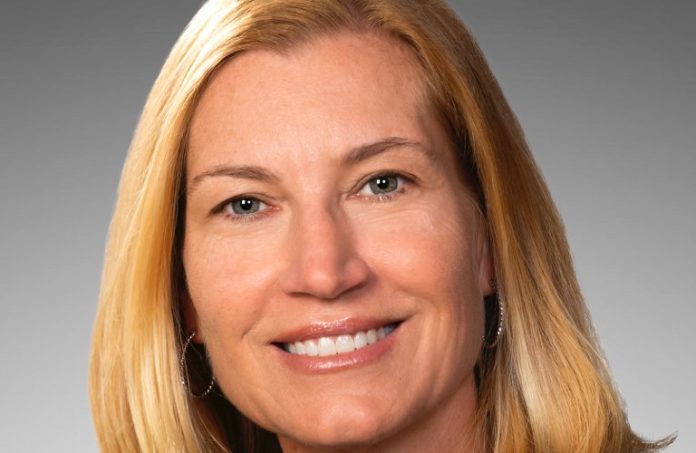 Jackie Burke was formally announced as the executive director of the New Jersey Council of County Vocational-Technical Schools on Wednesday.

Burke started in the role earlier this month, following the retirement of longtime leader Judy Savage. She steps into the role at a time when the spotlight on career and technical education (known as CTE) perhaps has never been so bright.

In June, the state gave 17 CTE projects $220 million in grant money in a once-in-a-lifetime push for the programs.

Burke, who served as assistant executive director, said she’s eager to get going.

“One significant role of the council is to promote the value of career and technical education, and the approval of these grants sent a clear signal that CTE is valued for the role it plays in both our students’ education and the state’s economy,” she said. “The grant-funded projects will help county vocational-technical schools prepare students for technical roles employers throughout the state are struggling to fill.”

Burke first joined the NJCCVTS in 2016 as assistant executive director, bringing with her 15 years of public policy experience in New Jersey. She previously held positions with the Senate Majority Office and Women’s Policy Institute. Her career focused primarily on education policy, but also included employment as a prosecutor in Philadelphia and as a development associate at the Alice Paul Institute.

Successfully advocating for the Securing Our Children’s Future Bond Act was among the many goals Savage and Burke worked closely together to achieve.

“Jackie Burke is uniquely positioned to lead the council through a pivotal period as our schools expand to address student and employer demand,” Savage said. “Her policy expertise, strong relationships in Trenton and deep commitment to career and technical education will ensure the continued success of New Jersey’s county vocational-technical schools.”

The $220 million in funding from the Legislature was part of the 2018 voter-approved Securing Our Children’s Future Bond Act. That grant funding will support 17 projects at 15 county vocational-technical school districts, which will add new programming and space for more students.

The 17 projects alone are expected to add 4,870 new seats for students over the next six years; approximately $50 million in additional grant funding has yet to be allocated and will further add to the impact.

Burke is just one of a host of new leaders. Anne Nicolas will fill Burke’s previous role as assistant executive director.

Nicolas served on the boards of education for South Hunterdon Regional School District and Lambertville Public School, during which she played significant roles in developing education policy and organizing major initiatives. She is a former executive director of the League of Women Voters of New Jersey and has years of experience working in and with federal, state and local governments.

The NJCCVTS is a nonprofit association, created by state law, which represents the 21 New Jersey county vocational-technical school districts. Membership consists of the superintendents from all 21 districts. The council is governed by those superintendents who are elected by fellow members as officers and to an executive committee. They serve two-year terms.

Here are the latest officers.

Dicken, who has worked with the NJCCVTS during his 10-year tenure as a superintendent, spoke highly of the support provided by past and current leadership.

“The county vocational-technical school districts in New Jersey are focused collectively on finding solutions to our state’s current and anticipated workforce needs,” he said. “With guidance from Jackie, Anne and Judy, the council continues to have a voice at the state level and make connections to ensure CTE works both for New Jersey’s students and employers.”

Survivor’s story: Will Jimeno, 1 of 2 officers pulled from World...