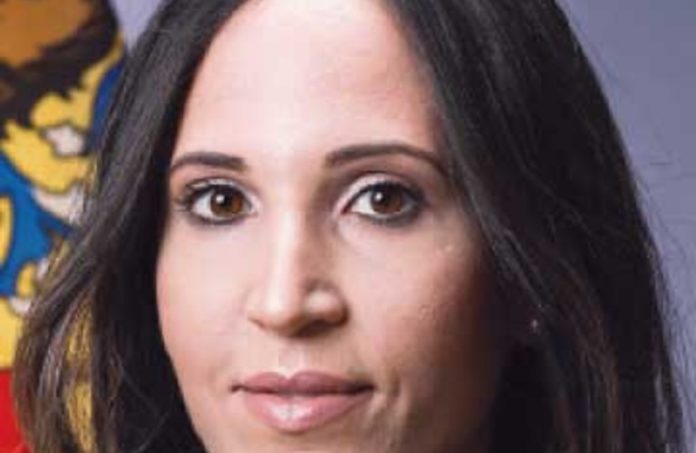 Diana Gonzalez, considered a rising star during various roles in state government, is leaving Gov. Phil Murphy’s administration for a job in the private sector, it was announced Tuesday.

Gonzalez, who currently serves as the deputy secretary of higher education, will leave the administration at the end of August. Her next stop was not announced.

Gonzalez previously worked on Murphy’s gubernatorial campaign, during which she served as policy adviser and outreach director. Gonzalez began serving as deputy secretary in the Office of the Secretary of Higher Education in January 2018 — and served as interim secretary for five months last year.

“Diana played a critical role in advancing our higher education priorities during our first term in office,” Murphy said. “I wish her nothing but the best in her future endeavors.”

Gonzalez served as interim secretary of higher education amid the COVID-19 pandemic following the departure of Zakiya Smith Ellis, who became a chief policy adviser to Murphy. Over the course of the pandemic, Gonzalez was instrumental in leveraging more than $2 billion in federal funding to support the state’s higher education sector.

Most notably, Gonzalez’s portfolio included enhancing the state’s economic and workforce development initiatives, particularly through partnerships with the New Jersey Economic Development Authority and the Board of Public Utilities. Last month, $3 million in funding provided by the NJBPU was awarded to Atlantic Cape Community College to establish an industry-recognized Global Wind Organization safety training program and facility to prepare workers for careers in the state’s growing offshore wind industry. This industry-standard credential will help prepare New Jersey’s workforce to respond to growing clean energy investments.

“It has been an honor serving the residents of New Jersey as deputy secretary of higher education under Gov. Murphy’s leadership, particularly at a time when colleges, students and families face unprecedented challenges during this ongoing pandemic,” she said. “I look forward to seeing New Jersey, under Dr. (Brian) Bridges’ leadership, continue making strides in spurring innovation and harnessing the talent of our students, regardless of their life circumstances.”

Gonzalez began her career as an early childhood teacher. After completing her Master of Education degree at Rutgers University, she went on to work in several different capacities within higher education. During her time at Rutgers, Gonzalez served as a representative to the board of trustees, was a member of the University Senate, and was a course instructor and graduate assistant.

Last fall, she was named to the 2020 ROI Influencers: People of Color.