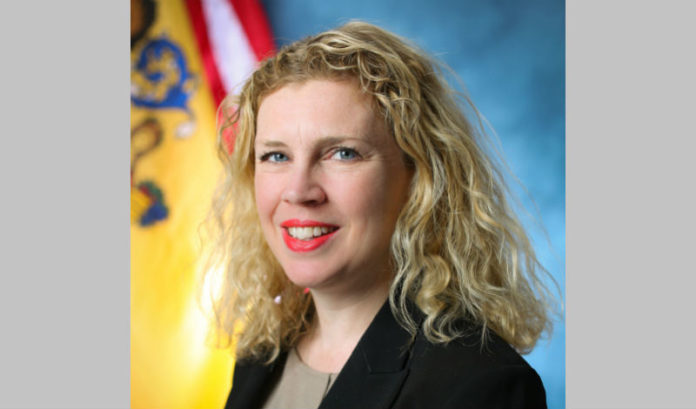 Kathleen Frangione, the former chief policy adviser for Gov. Phil Murphy and an acknowledged thought leader on climate and environmental issues, has been named head of government affairs and market strategy for Ørsted in North America, the company announced Tuesday.

Frangione, who will work out of Ørsted’s Newark office, joins the company from Amazon, where she served as head of environmental policy.

Ørsted Offshore North America, a global leader in offshore wind development, ranks as the world’s most sustainable energy company in Corporate Knights’ 2021 Global 100 index of the most sustainable corporations. Ørsted, which envisions a world that runs entirely on green energy, also is recognized on the CDP Climate Change A List as a global leader on climate action.

The company’s North American headquarters are in Boston, but it has a strong — and growing — presence in New Jersey.

Frangione also will develop and lead alliances with environmental groups, supply chain partners and other organizations, prioritizing the company’s commitment to workforce development, domestic infrastructure investment and a sustainable offshore wind industry in the country. She also will guide Ørsted’s commitment to environmental justice, a priority for the company as it seeks to enable a just transition to clean energy.

The company also announced that Tory Mazzola will serve as head of communications and public affairs for Ørsted in North America. He will work out of the company’s Boston office.

“Kathleen and Tory bring a wealth of experience to our team,” said Pamela Venzke, chief corporate affairs officer, Ørsted Offshore North America. “Together, they will enhance our ability to support our local, state and federal partners as the United States builds a sustainable offshore wind industry, helping to achieve Ørsted’s vision of a world entirely run on renewable energy.”