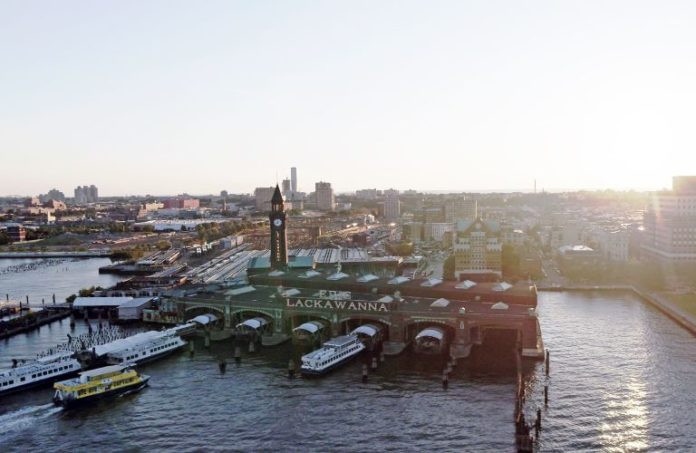 Covering more than 1 million square feet of mixed-use development and many miles of investment in a crucial New Jersey transportation corridor, there’s no denying that what’s going on at waterfront parcels owned by New Jersey Transit, near the Hoboken Terminal, is a massive project.

And yet, Brian Barry, a senior vice president at the company spearheading the Hoboken Yard redevelopment plan, admits himself that the refresh of an underutilized portion of the historic waterfront is probably not as massively well-known.

Sixteen years — the amount of time that has passed since his real estate investment, management and development organization, LCOR, was tapped as master developer on the redevelopment project — is a long time to keep the buzz generated about a project alive.

“(However), for a large, multiphase public-private partnership of this scale and complexity — it’s a somewhat traditional duration,” Barry said. “We’ve also had macro events such as the financial crisis and (Superstorm) Sandy that created delays in the process. But we’re in a unique position to realize this dream now.”

LCOR, a development firm with more than 40 years of history in projects across the Northeast, is now moving full steam ahead on the project, called Hoboken Connect. It was allowed to do so after the city approved its redevelopment plan in February 2020, before another obvious hurdle.

“That was a critical step in the process,” Barry said. “But, then, within a month and a half later, we entered COVID.”

Despite the pandemic delaying meetings with stakeholders and changing the level of collaboration Barry said the firm expected to have at its fingertips, it’s been able to spend time assembling a team that he expects will bring the project to fruition.

There’s still planning to do in terms of what exactly those firms will be working on as part of Hoboken Connect, and plans have changed several times over the course of the project’s history.

The project looks to be including family-oriented housing units — including affordable housing units — as well as office and retail. There are also plans for public spaces and pedestrian plazas, in addition to public transit improvements and resiliency initiatives.

“We’re all rowing in the same direction on this,” Barry said.

Even with the pandemic adding to the long list of events that have gotten in the way of this massive project’s culmination, Barry said it presents an opportunity to help define what a mixed-use development of this magnitude should look like going forward.

“We’ve been through different events over the course of almost 20 years, but the challenge is to ignore the noise and focus on which trends will take hold, and what the world will look like in the future,” he said. “So, now, we really have this chance to shape the environment we’re going to be in after the experience we’re going through as a health crisis. … And we expect what comes out of that will be transformative locally and globally.”