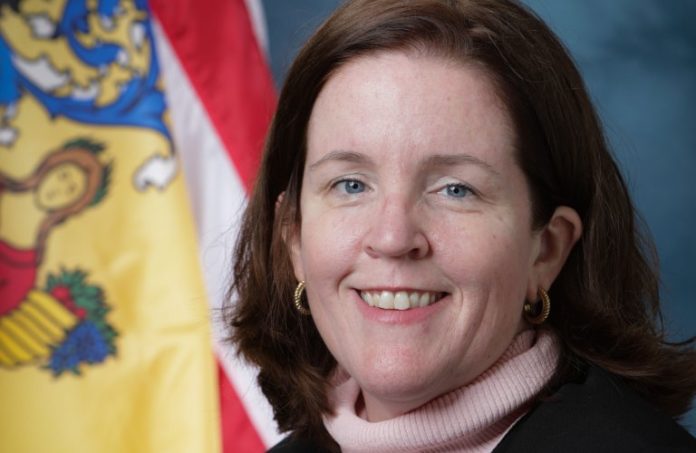 Giblin currently serves as cabinet secretary to the governor and will transition into her new role Sept. 13. She replaces Brian Wilton,​ who was picked to serve as general counsel for New Jersey Transit earlier last week.

“Noreen’s experience and expert knowledge of state government is unparalleled,” Murphy said. “She has proven herself time and time again, whether in overseeing our cabinet throughout one of the most difficult and challenging moments in our state’s history or her service at the (Board of Public Utilities). I look forward to continuing to work closely with Noreen in her new role.”

As director of the Governor’s Authorities Unit, Giblin will hold an extensive series of responsibilities, including overseeing and serving as the governor’s representative to New Jersey’s various state authorities. In her current role, Giblin provides guidance to and liaises with the state’s cabinet-level agencies and offices. Administration officials said she has played a key role in coordinating agency actions and facilitating collaboration across state government in response to the COVID-19 pandemic.

Giblin previously served as chief counsel at the BPU at the start of the Murphy administration. She had previously served as chief of staff at the BPU under Gov. Jon Corzine. Giblin has had an extensive and far-reaching career in state government, including time serving as director of executive office operations for Corzine, state director for U.S. Sen. Frank Lautenberg and deputy director of the Authorities Unit for Gov. James McGreevey.

Giblin, who received her B.A. from Villanova University and her J.D. from the Seton Hall University School of Law, also served in the private sector as counsel at Gibbons P.C.

Giblin said she was eager to take on the new role.

“During the past three and a half years, I have had the honor of serving the Murphy administration in different leadership roles and to work closely with our cabinet to advance many of the administration’s key initiatives,” she said. “I appreciate the governor’s confidence in me and look forward to embracing the challenges of my new role.”